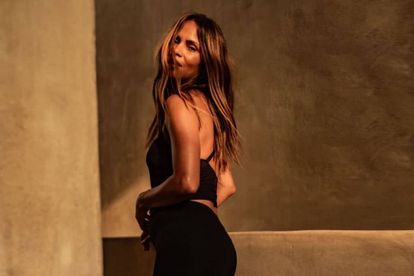 Award-winning actress Halle Berry, who is a Type 1 diabetic, is evidence enough that having diabetes does not have to hold you back. Image via Twitter @halleberry

Award-winning actress Halle Berry, who is a Type 1 diabetic, is evidence enough that having diabetes does not have to hold you back. Image via Twitter @halleberry

Actress Halle Berry is hosting a virtual Wellness Warriorthon for World Diabetes Day on Saturday 14 November. People from across the world can buy tickets that will give them 24-hour access to the streamed event via www.wellnesswarriorthon.com.

The 54-year-old Oscar winner — who has recently gone “Instagram official” with her new boyfriend, Van Hunt — was diagnosed with diabetes more than two decades ago and living with diabetes and its challenges makes this a cause close to her heart.

“Being diabetic myself, this cause is immensely personal to me, as your support will benefit children with Type 1 diabetes in Africa and raise awareness for diabetes globally,” said Berry on her Instagram account.

Halle Berry’s health and wellness platform, Re-spin, teamed up with the Sonia Nabeta Foundation (SNF), a non-profit organisation (NPO) that supports children from low-income households with Type 1 diabetes, to host this first annual wellness and workout marathon for diabetics.

The lowdown on the Wellness Warriorthon with Halle Berry

The two-hour event will kick off with a welcome by CEO of Re-spin, Kendra Bracken-Ferguson followed by a conversation between host Halle Berry and founder and executive director of the SNF, Vivian Nabeta.

Newly diagnosed nine-year-old Gia Bulter will give viewers a child’s perspective on living with diabetes accompanied by her parents.

The event also anticipates a talk about life, parenting and chronic illness by The Game actress Tia Mowry alongside Gary Hall, Crystal Hall and Scott Benner.

Berry will also meet two little warriors from Uganda. The event also features a Thanksgiving recipe from author and host of Living by Design, Jazz Smolett, a breakout session and a musical intermission by cellist Sheku Kanneh-Mason.

The Wellness Warriorthon will also speak to experts in different fields and will explore the racial inequalities in diabetes care that people of colour face.

A ticket will give you 24-hour access to the streamed event and all proceeds from the Wellness Warriorthon will benefit the children in Africa that the SNF serves.

Halle has directed and stars in the MMA drama Bruised which had its world premiere at the 2020 Toronto International Film Festival on 12 September.

It is rumoured that Halle landed a $20-million (R310,118,400) global distribution deal with Netflix for the classic fight film.

The director also stars in this tale of a washed-up MMA fighter, Jackie Justice, struggling for redemption as both an athlete and a mother.

Berry directed from a script by Michelle Rosenfarb and changed the main character from a 24-year-old Irish Catholic girl to that of a middle-aged black woman so she could play the role.

On the day Berry shot the big fight scene for Bruised she cracked two ribs. This was not the first time Berry had injured herself on the set of a movie, breaking three ribs on John Wick: Chapter 3 –Parabellum.