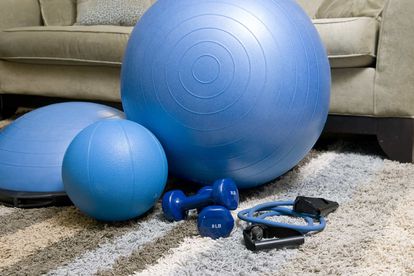 Shifting is the new resistance training trend. Image via Pixabay

Shifting is the new resistance training trend. Image via Pixabay

According to fitness experts around the world, improving stability is a key element of resistance training, and the best way to improve this is by working with new balance devices that “shift” your stability.

Shifting your balance or “core stability” creates resistance throughout the body and challenges the centre of mass within the body. This, in turn, makes the core, which refers to the muscles of the abdominals and back that support the spine, work harder to keep the body balanced and stable. Enter the six-pack.

A range of new devices is being used to effectively work the core through shifting and resistance. Some of the top tools tagged by the American College of Sports Medicine (ACSM) for resistance training in 2015 are exercise balls (also known as medicine balls), load-shifting body bars, and sandbags, which are now appearing in fitness centre and gyms worldwide.

However, such equipment is not new — stabilising tools, such as exercise balls and BOSU balancing half-balls have been used for rehabilitation purposes for decades, to exercise muscles that have lost full function or simply haven’t been used for a while and need a bit of “fine-tuning”.

Michigan-based fitness expert and personal trainer Derek Mikulski is at the forefront of the new trend and believes that challenging the body’s balance and stability as a form of resistance training to work the core is becoming more popular.

“Shifting resistance constantly challenges the body’s centre of mass, forcing the core to work that much harder,” says Mikulski.

Mikulski is the brain behind a new balance device called the ActivMotion Bar, which looks similar to a body bar, however, is hollow and filled with weighted steel balls that move back and forth when the bar is moved.

Available in various weights, ranging from four and one-half to 18 pounds, (two to eight kilograms), the ActivMotion Bar is designed to boost balance and stability, core strength, and calorie burn when used in basic moves such as curls, lunges, and lifts.

By gripping, steadying, and lifting the bar, with both arms and legs, stability is shifted, the core is activated, and the body is tasked to working against the full resistance of the bar’s weight.

So, next time you head to the gym, skip the heavyweights and head for the Bosu or the new ActivMotion Bar and give your core a real workout.