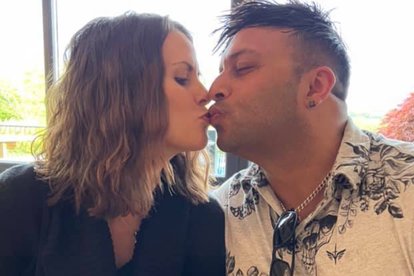 Since the vaccination for COVID-19 was created, many people have sworn against it. People who refuse to take the jab now refer to themselves as anti-vaxxers and stand strong together as they defy the urgent calls of various governments and the general public to get the vaccination and protect themselves and their family members from the dreaded COVID virus.

An anti-vaxxer succumbs to COVID-19

A promising musician and father to be from Staffordshire, Marcus Birks, recently passed away from COVID-19 related complications. According to reports, the 40-year-old who exercised 5 times a week didn’t believe that he could contract the virus because of his high level of fitness.

Unfortunately, in early August he contracted the virus, and shortly thereafter he was admitted to the hospital for breathing problems while his symptoms intensified. On 11 August this year Birks did an interview from his hospital bed and shared how shocked he was to have gotten ill considering his healthy diet and exercise regime.

“If you haven’t been ill, you don’t think you’re going to get ill, so you listen to the [anti-vaccine] stuff,’ he told the BBC. He also said:

“I kind of was ignorant towards it and just put it off. The first thing I am going to tell all my family to do is get the vaccine and anybody I see. And as soon as I can get it, I am definitely getting it.”

ALSO READ: ‘Are you high’: Dudu Zuma dragged for ‘rubbish’ tweet about anti-vaxxers

Birks and his wife Lis were married for 10 years. Heartbroken and devasted by his passing, she headed online to share a touching tribute with the love of her life and father of her unborn baby:

“Marcus was the most incredible, caring, loving, loyal, selfless, proud man and all he wanted to do was to help as many people as he could. That, in itself, showed what a pure heart and soul he had.

“I would like to thank you all for your kind words and support over these last few weeks. Marcus was truly blown away by how many of you sent your love to him,” reports DailMail.