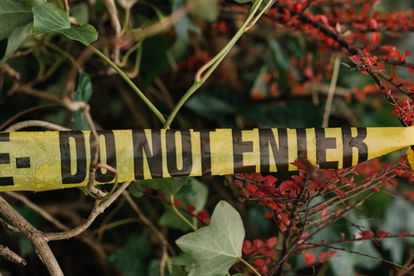 Joseph Phage, 38, was arrested when the police found the girl’s body in his shack. Image: Canva

Joseph Phage, 38, was arrested when the police found the girl’s body in his shack. Image: Canva

In light of the alleged terrors happening at a “rehabilitation centre” in Ruyterwacht, Cape Town, it has become important to ask: How can people be sure that they are entering a registered rehab in South Africa?

On 17 November 2021, the Western Cape government reported that the Department of Social Development (DSD) had received distressing reports of a murder at an illegal substance abuse rehabilitation centre operating out of a residence in Ruyterwacht.

It was also reported that a 35-year-old male was reported missing on Tuesday 16 November by his Elsies River family at the local police station. When his family went looking for him at the facility, he could not be found. The police have since opened a case of murder after his body was discovered at a mortuary.

It is said that there have also been allegations of torture and abuse of patients at the residence. The SAPS has since made a number of arrests and removed all patients from the site back to their families.

“I condemn the actions of those responsible and call on the SAPS and Prosecuting Authority to ensure that they are not allowed to intimidate or have any contact with their victims while the prosecution is underway,” the Western Cape Social Development MEC, Sharna Fernandez said.

How can people be sure they are using a registered rehab facility?

The department, therefore, stressed that citizens must be sure that they find the right help. Here’s how to do that:

When choosing an inpatient facility – otherwise known as a rehab – it is especially important to choose a registered facility because this means that they have appropriate treatment plans and the correct staff establishment made up of social workers and a range of medical professionals.

Swindled out of money

When people go to unregistered facilities, they should be aware that they run the risk of being swindled out of money. Some facilities might, therefore in these cases “encourage longer stays” which could ultimately lend itself to a misrepresentation of costs.

Clients also face the risk of having their rights violated and sustaining injuries.

The department has received complaints about clients being abused and kidnapped by operators of illegal substance treatment organisations. The normal methods utilised within the behaviour management system does not include abuse. Examples of abuse include physical punishment such as:

Some illegal treatment centres implement a “pick up service” which implies that the client is kidnapped and kept against their will. He or she will be subjected to physical abuse until there is a submission to the continuation of the residential treatment.

Another way kidnapping is manifested is after the client has voluntarily admitted themselves and later expresses the desire to leave the establishment, but is held against their will, without a court order.

Lastly one should always be aware that there is a risk of unregistered rehabs employing untrained staff, that there is a lack of expertise or minimal resources to deal with crises and/or complications associated with addiction. For example, heroin withdrawal can be fatal if not correctly facilitated and monitored.

How to make sure that it is a registered rehab facility

Clients should always check the date of issue on the certificate which should be clearly visible. The certificate will also indicate the maximum number of clients that the facility is allowed to accommodate. If it is not displayed, you have the right to ask to see it before signing any agreements.

The treatment of a  substance use disorder (SUD) is a process, and ongoing support is provided throughout a programme.

For more information on how to get the right help call 0800 220 250,  or visit the Department of Social Development or visit westerncape.gov.za/substance-abuse.