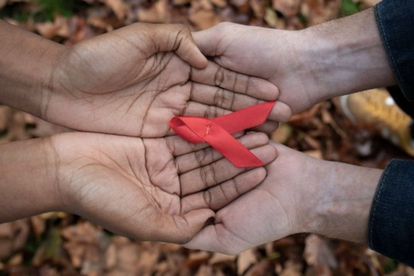 African nations commit to ending AIDS in children by 2030

African nations commit to ending AIDS in children by 2030

With hopes of eradicating Aids badly hit by the coronavirus pandemic, we look at the fight against the deadly condition since its emergence 40 years ago, as the planet marks World Aids Day on Wednesday 1 December.

In June 1981, US epidemiologists report five cases of a rare form of pneumonia in gay men in California, some of whom have died. Unusual versions of skin cancer are identified in others. It is the first alert about Acquired Immune Deficiency Syndrome (AIDS), still unknown and unnamed.

Doctors identify “opportunistic infections” among injected drug users late in the year and in haemophiliacs and Haitian residents in the United States (mid-1982). The term Aids appears for the first time in 1982.

In January 1983, researchers in France, Francoise Barre-Sinoussi and Jean-Claude Chermann working under Luc Montagnier identify the virus that “might be” responsible for AIDS. It is dubbed LAV. The following year, US specialist Robert Gallo is said to have found the “probable” cause of AIDS, the retrovirus HTLV-III.

The two viruses turn out to be one and the same, and in May 1986 it becomes officially known as the human immunodeficiency virus or HIV. Barre-Sinoussi and Montagnier win a Nobel prize in 2008 for their discovery.

In March 1987, the first anti-retroviral treatment known as AZT is authorised in the US. It is expensive and has many side effects.

The World Health Organization (WHO) declares 1 December 1988, the first World AIDS Day, to raise awareness. By June the following year, the number of AIDS cases worldwide is estimated at more than 150,000.

US actor Rock Hudson is the first high-profile AIDS death in October 1985. A host of other stars succumb to the disease, including British singer and Queen frontman Freddie Mercury (November 1991) and the legendary Russian dancer and choreographer Rudolf Nureyev (January 1993).

In 1994, AIDS becomes the leading cause of death among Americans aged between 25 and 44.

A new class of drugs signals the start of combinations of different anti-retroviral therapies.  Called tri-therapies, they provide the first effective treatment for HIV although they are not a cure and remain costly.

1996 is the first year in which the number of AIDS deaths declines in the US.

A report released by WHO and the Joint United Nations Programme on AIDS (UNAIDS) in November 1999 estimates the number of people infected with HIV since it first appeared at 50 million, of whom 16 million have died.

Africa is the hardest-hit continent, with 12.2 million cases.

After an accord signed in 2000 by UNAIDS and five major drug companies to distribute affordable treatments in poorer countries, a deal is signed on 13 November 2001 at the World Trade Organization to allow developing countries to make generic medicines.

In July 2012, the first-ever daily pill to help prevent HIV infection is approved by US regulators. Truvada is a pre-exposure prophylaxis, or PrEP, taken by high-risk people who are HIV-negative in order to prevent them from being infected.

For the first time ever, more than half of the global population living with HIV are receiving antiretroviral treatment, UNAIDS reports.

Today the proportion is three quarters: 27.5 million people are being treated out of 37.7 million who are infected, according to UNAIDS.

The Covid-19 pandemic undermines UNAIDS’ goal of ending AIDS as a public health threat by 2030.

The new disease has disrupted access to health systems, testing, and treatment, slowing progress in the fight against AIDS which in 40 years has killed 36.3 million people.