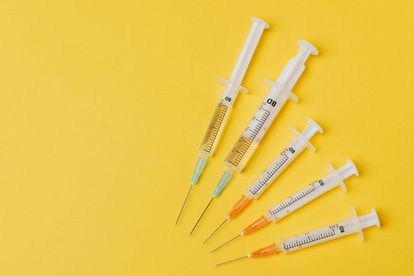 See how booster shots affected people who got three doses of Moderna, three doses of Pfizer, or two doses of Johnson & Johnson’s vaccine in the US. Image: Canva

See how booster shots affected people who got three doses of Moderna, three doses of Pfizer, or two doses of Johnson & Johnson’s vaccine in the US. Image: Canva

While the world is still coming to grips with the ongoing pandemic, the Centers for Disease Control and Prevention (CDC) shared the first comparison between booster shots of all three vaccines available in the US: Pfizer and Moderna (both mRNA shots), and Johnson & Johnson (an adenovirus vaccine).

On 10 December 2021, the Department of Health in South Africa said that it will expand its vaccination drive to offer a third booster shot to South Africans who have had two Pfizer vaccinations and will offer a second shot to children between the ages of 12 and 17.

The most common COVID-19 booster side effects

While many wonder about the side effects of booster vaccines, Business Insider South Africa shared the CDC’s data which offers the “most comprehensive look at how people are responding to boosters to date”.

It is reported that second and third doses of COVID-19 vaccines generally produce similar side effects but there are some slight differences.

The CDC says that as of 19 September 2021, approximately 2,21 million persons in the United States had received additional doses of COVID-19 vaccines.

Pfizer vs Moderna vs Johnson & Johnson

Other side effects such as fatigue, muscle aches, or headaches were less common, affecting 74% after their third dose, compared with 77% after dose two.

Meanwhile, people who indicated that they received two doses of the J&J vaccine or received their additional dose from a manufacturer different from that of their primary series was small, which limits any conclusions.

However, the study did find that only 10% of recipients who received a second dose of the J&J vaccine said that their side effects prevented them from performing normal daily activities — mostly on the day after their booster shot — while the rest said they were able to go about their day as normal.

With Pfizer or Moderna, 28% said that the shots hindered their daily routine.

The publication shared the following table, which shows how booster shots affected people who got three doses of Moderna, three doses of Pfizer, or two doses of Johnson & Johnson’s vaccine, according to CDC data.