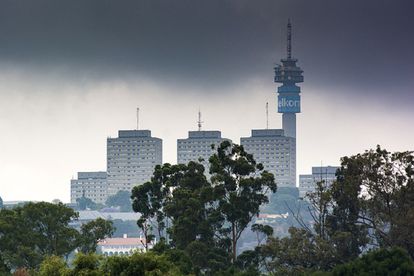 Johannesburg’s air quality has been particularly bad during the past few weeks and the South African Weather Service has warned residents that the situation will continue for the rest of this week, posing some serious health risks.

An air quality monitoring station in Soweto also showed the highest levels of sulphur dioxide in more than a year.

A new report from Business Insider South Africa suggests that the dire state of Johannesburg’s air quality is not a new phenomenon.

The World Health Organisation (WHO) reported that air pollution killed almost 20 000 South Africans in 2013 – an annual death toll which had remained uncomfortably high since the 1990s – with the country’s most polluted air identified in Tshwane and Johannesburg.

The publications report that Gauteng’s air quality, which is affected by nearby coal-fired power stations, refineries, and industries, degrades even further in cold weather.

A very high level of pollution

“High-pressure systems present very calm conditions, so you don’t have a lot of wind that can either disperse or dilute the pollution and that then causes a very high level of pollution on the surface of the earth,” Dr Raeesa Moolla, senior lecturer in physical geography University of the Witwatersrand, told Business Insider South Africa.

“And that’s why, particularly in winter, because of the persistent high-pressure system on the Highveld, we have very high levels of pollution.”

“Besides the inversion layer around Johannesburg, it’s more about the urban island or urban heat dome… it’s a similar concept to the inversion layer but is caused by urbanisation, concrete and buildings. It causes the same effect, this blanket effect,” said Moolla, adding that the inversion layer causes air pollution to hang closer the Earth’s surface, worsening its effects.

Data gathered by the South African Air Quality Information Systems’ (SAAQIS) actually recorded a spike in pollutants since the end of July. The level of fine Particulate Matter (PM2.5), which pose especially serious health risks, was also recorded at double the annual average during the same period.

“When the particulate matter is small, that’s PM2.5, that’s the stuff you really worry about because that’s the stuff that gets deepest into your lungs, exchanges with the oxygen in your system [and] gets carried by the oxygen to the different organs,” Rico Euripidou, the director of environmental justice organisation, groundWork, told Business Insider SA.

“That’s why it’s a misnomer to say air pollution [only] causes respiratory disease. It doesn’t only do that. It causes heart disease, vascular disease, brain disease.”

“Some pollution may just have short-term effects, like your sinus’ being blocked, runny nose, itchy eyes, common allergy symptoms. What happens when you’re exposed chronically or long term, those effects are very different,” said Moolla.

Serious health warnings have been triggered by SAAQIS over the past week where levels of pollution have exceeded the National Ambient Air Quality Standards (NAAQS). Air quality levels measured in Diepkloof and Jabavu have reached “unhealthy” and “hazardous”, cautioning residents to “reduce physical exertion, particularly outdoors.”

Despite high levels of PM2.5 and sulphur dioxide in and around Johannesburg, the City says its “comparable to the previous year’s air quality measures.”

What to do if you have Sinusitis

The South African Weather Service has since released a warning for unhealthy air quality in the province for most of the weeks.

Nicole Jennings, the spokesperson for Pharma Dynamics, a pharmaceutical company specialising in generic medication told IOL that applying balm or petroleum jelly around the rim of your nose can act as a pollen trap.

“Alternatively, block pollen and other irritants by wearing a mask or bandanna over your nose and mouth. If the pollen count is very high, opt for less intense exercises. In order to avoid red and swollen eyes, protect your eyes during the day by wearing sunglasses and rinsing contact lenses to get rid of dust and pollen particles. If your allergies have left you with itchy, red eyes, take eye-drops to reduce symptoms.”