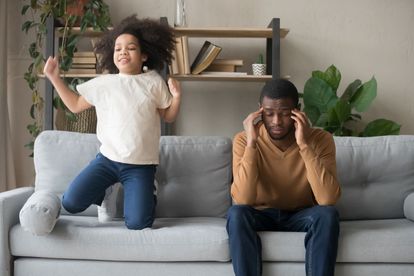 Around 7% of children suffer from ADHD, a neurodevelopmental disorder characterised by concentration difficulties, increased distractibility, impulsivity and hyperactivity, with two thirds of sufferers continuing to experience symptoms as adults.

It is often currently treated with pharmaceutical drugs, but scientists from the University of Geneva (UNIGE) and the University Hospitals of Geneva (HUG), Switzerland, are pioneering a new technique called neurofeedback.

The new method enables ADHD patients to train their attention based on instant feedback from the level of their brain activity and was found to have a positive effect on patients’ concentration abilities.

Neurofeedback works by using an electroencephalogram (EEG) with 64 sensors to capture the brain’s electrical activity while playing a video game that the patients can control with the power of their attention. It features a space shuttle that only moves forward when patients are attentive to it.

Explaining how it works, Tomas Ros of UNIGE said: “The aim of neurofeedback is to make the patients aware of the moments when they are no longer attentive. With practice, brain networks then ‘learn’ to reduce attentional lapses through neuroplasticity.”

To assess neurofeedback an attention test was completed by 25 adults with ADHD, and 22 neurotypical adults. The results showed that ADHD patients made more mistakes, but after 30 minutes of neurofeedback training, their results improved.

Medical treatments for ADHD generally work by increasing the concentration of dopamine in the brain, which increases attention but has some unpleasant side-effects – meaning researchers hope their work can lead to a new way of treating the issue.

Roland Hasler, a researcher in the HUG Division of Psychiatric Specialties said: “Pharmaceutical treatments can be accompanied by significant side effects, such as nervousness, sleep disturbance, but also an increased risk of developing other psychiatric disorders or cardiovascular diseases.

“This is why we wanted to investigate a completely non-pharmacological and non-invasive treatment based on the principle of neurofeedback.”