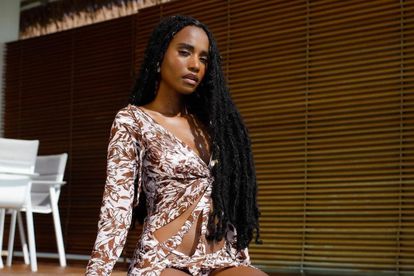 Zozibini Tunzi has showed off her new hairdo while vacationing in the Maldives.
Image via Twitter
@zozitunzi

Zozibini Tunzi has showed off her new hairdo while vacationing in the Maldives.
Image via Twitter
@zozitunzi

But the former Miss Universe had fans doing a double-take when she showed off her brand new “crown of full hair”!

The Eastern Cape-born beauty revealed her bold new look — faux locs — on her Instagram page while on a tropical vacation in the Maldives.

“The postcards didn’t lie. It’s giving everything it said it would. @priorityescapes you were right. Thank you, I love it here,” she captioned the breathtaking images.

CASSPER GUSHES OVER THE BEAUTY QUEEN

And it was not only fans who were living for Zozibini Tunzi’s new look – celebs were digging it too!

Especially Cassper Nyovest who is a long-time admirer of the beauty queen, who took to the comments section to write: “Miss Universe Bafethu”.

The Sweet and Short 2.0 hitmaker professed to crushing hard on the former Miss Universe in a series of social media posts last year.

But while Zozi may (or may not) be single, Cassper is currently booed up with his baby mama, Thobeka Majozi.

ZOZIBINI TUNZI: THE NEXT CHAPTER

And that includes a little bit of this and that, including her guest stint as a radio host on Power FM earlier this month, which her followers think she is a “natural” at.

Zozi also revealed plans to dabble in music and television, but is keeping those details a secret for now!

And speaking of TV, fans are eager for her to appear as the first guest on Cassper’s The Braai Show, which will make it’s debut on 8 September.