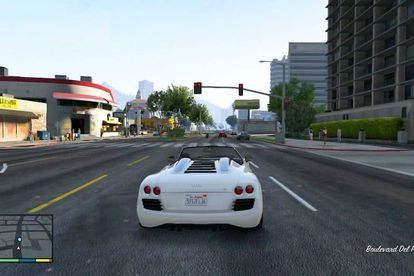 GTA V was a rousing success for Rockstar Games

GTA V was a rousing success for Rockstar Games

The Grand Theft Auto series is no stranger to recycling its locations to impressive effect. GTA V’s remastered map of San Andreas was nothing short of perfection. Now it seems another blast from the past will be the way forward for GTA 6.

The franchise has been wildly successful for the last 20 years, and developers Rockstar are currently reaping the rewards of their GTA V online multiplayer features. However, Los Santos won’t keep gamers occupied forever…

Where will GTA 6 be set?

According to YouTubers “The Know” – who have a pretty good track record in forecasting upcoming video game development – GTA VI is set to take place in Vice City. That’s right, home of the fourth major instalment in Grand Theft Auto.

Vice City is an imitation of Miami. When it was released 16 years ago, the game received adoration and plaudits for its 1980s setting, amazingly nostalgic soundtrack and an engrossing narrative that gave Scarface a run for its money.

When will GTA 6 be released?

The guys at Rockstar are incredibly busy people. That’s what happens when you knock pretty much every game you make out of the park (although, we won’t mention Smuggler’s Run). Before the GTA 6 comes out, they have to ensure that their Red Dead Redemption revival is up and running.

The Know’s source claims that 2021 will be the earliest the next GTA game can be released. It’s also likely that 2022 will be a more “realistic” release date.

That would be twenty years since Vice City was actually released. Remember playing VC and thinking “The 1980s, that was a long time ago”?

Well, get this: There were only 16 years between Vice City’s release date and the year it was set in. That’s four years less than the time it’s taken to come back to the iconic Miami backdrop. Mind BLOWN!

What will happen in GTA 6?

The Know‘s reportedly reliable source has stated that the development is operating under the codename “Project Americas”. Why the continent-inspired secrecy? Well, that’s because you’ll apparently be able to take on missions in South America.

It’s all too convenient to not be true, right? If GTA 6 is to be a Vice City reboot, then it has to have drug-smuggling by the barrel-full. Playing as Tommy Vercetti back in the day, you built your empire on a mountain of cocaine and all-out machismo.

If we’re putting two and two together, it would seem like Rockstar are intent on exploiting regions like Colombia, and their troubled history with drugs and crime.

Women’s Day: Here are five organisations you can support!

Roast of Khanyi Mbau: Memorable moments that had us screaming [watch]