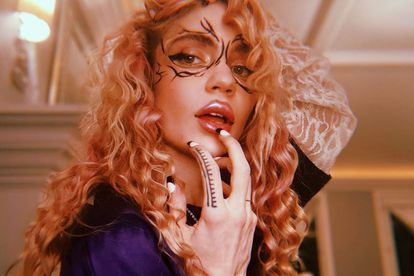 Grimes has hinted at releasing a 35-track nightcore album. Image via Twitter @Grimezsz

Grimes has hinted at releasing a 35-track nightcore album. Image via Twitter @Grimezsz

Alter Ego is a new avatar talent show which will premiere on FOX on 22 September. One of the show’s judges, Claire Elise Boucher aka Grimes, says the show is “purely artistic” as it removes gender politics.

Alter Ego is a show created to give singers, who have had dreams of becoming superstar artists, a second chance to live their dreams. The series is described as “the world’s first avatar singing competition series and the next iteration of the musical competition show”.

“These contestants won’t perform as themselves. Rather they’ll be given a chance to show how they’ve always wanted to be seen, creating their dream avatar alter ego to reinvent themselves,” says the show’s production team.

Speaking at a Television Critics panel on Wednesday 8 September, Grimes used the opportunity to show her appreciation for the format of the competition show because she has stage fright.

“I believe I’m a writer and a producer and I love designing performances but I have really bad mental health effects from being a front person. I find it quite emotionally intense.”

She says the show represents a future in music where there is more possibility for people who think differently from others.

She says that in the real world there is plenty of violence, hate, distrust and people who have certain opinions of how other people choose to navigate their own gender. She also mentioned that Alter Ego being purely artistic removes any gender politics.

“If you were born a female and you want to live as a man, it’s like this dramatic thing. You have to tell your family, it’s this or that,” says Grimes.

She also says that she has recently explored her own gender through clothing.

“I did a photo shoot where I dressed up as a man and I don’t even do that much, and I’m not trans, but I was like, ‘Man, I should do this more, it just feels good”.

Grimes and Elon Musk welcomed their child, X Æ A-12, on 5 May 2020. They have adopted a gender-neutral parenting style with means raising a child without assigning them a gender.

Speaking on the parenting style, the 33-year-old musician said: “I don’t want to gender them in case that’s not how they feel in their life.”