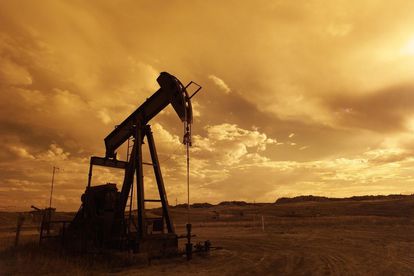 Greenpeace on Thursday lost a court bid to overturn the British government’s decision to allow energy major BP to drill at a field in the North Sea.

The environmental pressure group took legal action at Scotland’s highest civil court, calling for BP’s 2018 permit for the Vorlich field to be revoked.

Vorlich is expected to drill 30 million barrels of oil, with daily production of up to 20 000 barrels of crude.

Greenpeace argued that the government had failed to take into account the project’s impact on the climate, adding that there were a “myriad of failures” in the public consultation exercise.

However, after a two-day hearing in September, the Court of Session rejected the claims.

Scotland’s most senior judge, Colin Sutherland, said in a written judgement that Greenpeace’s arguments were “overwhelmingly technical and unconvincing”.

Sutherland added there was “sufficient publicity of BP’s application to exploit the Vorlich field, the decisions to permit that development and the availability of an appeal… to challenge that decision”.

EFFECT OF THE PROJECT

The judge also stated the consumption of oil and gas did not comprise “significant effects” of the project.

“It is the effect of the project, and its operation, that is to be considered and not that of the consumption of any retailed product ultimately emerging as a result of a refinement of the raw material,” Sutherland said.

“It would not be practicable, in an assessment of the environmental effects of a project for the extraction of fossil fuels, for the decision maker to conduct a wide ranging examination into the effects, local or global, of the use of that fuel by the final consumer.”

The UK government said it “welcomed” the decision.

“While we are working hard to drive down demand for fossil fuels, there will continue to be ongoing demand for oil and gas over the coming years as we transition to lower carbon, more secure forms of energy generated in this country,” said a government spokesman.

However, Greenpeace slammed the ruling, adding it will appeal in the UK Supreme Court.

“In just a few weeks’ time, (Prime Minister) Boris Johnson will be opening global climate talks where his actions, not his words, will be what counts.

“And right now his actions are covered in oil.”

Johnson’s Conservative government, which seeks to reduce Britain’s carbon emissions to net zero by 2050, will in November host the COP26 United Nations climate summit in Glasgow.