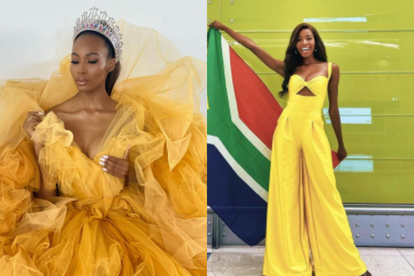 A non-profit organisation is taking the government to court for refusing to support Lalela. Images via Instagram: @lalela_mswane

A non-profit organisation is taking the government to court for refusing to support Lalela. Images via Instagram: @lalela_mswane

A non-profit organisation called Citizens for Integrity is reportedly dragging the SA government to court. This is because they are refusing to support Miss SA, Lalela Mswane. The government recently backed out of supporting her decision to take part in Miss Universe which is happening in Israel.

The matter has caused a huge debate around Lalela’s participation in the pageant.

Lalela Mswane was crowned Miss South Africa in October this year and has already been through her fair share of drama. There has been a lot of controversy over Lalela’s decision to take part in the Miss Universe pageant that is taking place in Israel.

This is because of the Israel-Palestine conflict that has devasted people across the world.

After it was announced that the pageant would be taking place in Israel, calls grew loud for Lalela to boycott the pageant.

And a short while afterward, the Department of Sport, Arts, and Culture announced the withdrawal of support for Lalela.

The people are divided

Now it appears there are people who want to stand up against the government for making that decision. City Press reports that Citizens for Integrity is taking the department to court for refusing to support Miss SA.

The publication reports that non-profit organisation is hoping to get the judge to force the department to change their minds.

Meanwhile, she recently landed in Israel despite the fact that she has received very little support from her fellow South Africans. She also thanked the little South Africans who have decided to offer their support during this difficult journey.

ALSO READ: ‘It’s a no from SA’: Tweeps REFUSE to vote for Lalela at Miss Universe