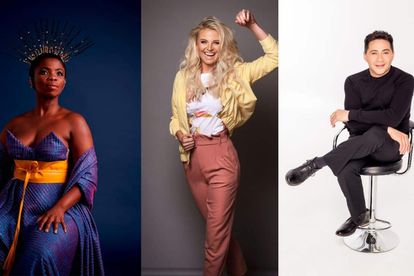 The last edition of the V&A Waterfront’s Good Night Fridays will be a celebration of the beauty, vibrancy and rich fabric of SA’s heritage as showcased by Cape Town-born singer, Leah, award-winning entertainer, Alistair Izobell and singer-songwriter, Zolani Mahola. Be sure not to miss this powerhouse trio in concert on Friday, 25 September.

Cape Town-born singer, Leah is aiming to get you dancing to her catchy blend of Afrikaans pop music. Joining her on the digital stage is an award-winning and legendary Capetonian artist, Alistair Izobell. Bringing the show to a close is founder and former lead singer of the critically acclaimed Freshlyground, Zolani Mahola. Meanwhile, Loyiso Madinga will keep the mood light as he entertains viewers in his role as MC for the night.

To be part of the free concert, all you need to do is to link up via your smartphone, tablet, laptop or TV. You can find the link to the concert by going to the V&A Waterfront’s website.

Leah hails from Cape Town and has become a household name with her bubbly personality and amazing talent that has captured the hearts of both young and old. Since starring alongside Bobby van Jaarsveld in the 2013 box office hit, As Jy Sing, Leah has become a well-known name in the South African entertainment industry. Leah has performed with local artists and at big festivals but has also recorded the theme songs of two movies (Die Sneeukoninging 2 and Susters) in which she featured. She has released several popular radio hits including Met Jou Klere Aan, Volmaan, Jou Liefde and the powerful duet Nooit Alleen with Jo Black. She has a diploma in Musical Theatre, as well as a BCom Law degree because aside from her love for music, she has also always had a strong sense of justice.

Alistair Izobell has the ability to capture any audience and is also an extraordinary singer who has travelled the world with award-winning musicals such as Kat and the Kings for which he won a Sir Laurence Olivier Award in 1999 in the role of Magoo. Alistair is also an emcee and always provides hilarious comic relief through his extrovert personality. His professional career started when he was just five years old doing a few variety shows, and then in his primary school years he became very involved in school produced pantomimes, with the likes of James and the Giant Peach.

Zolani Mahola is a South African singer, storyteller, songwriter and actress. She is well-loved and respected by South Africans for unifying the country through music and bridging social, racial and cultural divides. Zolani believes in the transformative power of storytelling. She believes that our central story about ourselves and our world changes our reality. Her 17-year collaboration with multi-cultural multi-genre Pan-African supergroup Freshlyground saw her collaborating with the biggest stars on the African continent as well as superstar Shakira.