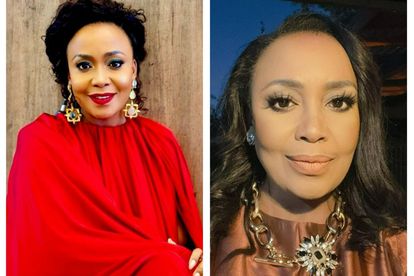 Carol Bouwer is being investigated by the Hawks. Images via Instagram: @bouwercarol

Carol Bouwer is being investigated by the Hawks. Images via Instagram: @bouwercarol

Businesswoman and former Generations actress Carol Bouwer is being investigated by the hawks for her alleged involvement in fraud relating to a R40 million tender that she was awarded in 2013.

City Press reports that Carol allegedly received a lucrative deal as the main contractor and was paid R39.8 million within seven days to help organise the Nelson Mandela memorial service in Mpumalanga. This was through her company Carol Bouwer Productions.

CASES HAWKS INVESTIGATING HER ON

The two cases were opened by the Hawks in 2016 and 2017. According to City Press, the cases form part of a joint probe by the National Prosecuting Authority and the Hawks into allegations made during the inquiry into state capture.

City Press understands that the first case, which was opened against her by a whistle-blower in the province, is waiting for KPMG to release its report to the Hawks. It is also understood that the Hawks have thus far interviewed witnesses, including suspects who have turned state witnesses in the case.

Information from the Financial Intelligence Centre, the special commercial crimes unit and the asset forfeiture unit has also been added – as per the publication.

ALSO READ: Mother, 63, and son arrested by Hawks for DEALING in drugs

A status report, which City Press has seen, shows that the case is before the office of the Police Services’ Directorate for Priority Crime Investigation.

The allegations that are being investigated by the office include that director-general in the office of the KwaZulu-Natal premier, Nonhlanhla Mkhize, appointed Bouwer’s company without following proper procedures.

“It is also alleged that she claimed money for 100 000 T-shirts worth R3.6 million (R36 each) and 500 000 bottles of water that cost R4.20 each. The report further alleged in 2019, then Public Protector Busisiwe Mkhwebane found that Mkhize had acted unethically by paying R39.8 million to Carol Bouwer Productions for organising the memorial service in 2013,” said City Press.

The investigation will proceed with key interviews with National Treasury, and more evidence needs to be gathered.
By the time of going to press, Bouwer had failed to respond to messages sent to her requesting comment.