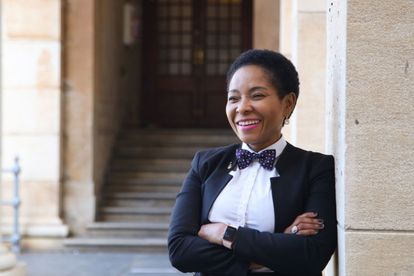 UCT has come under fire due to remarks made at an open lecture held on Sunday 5 September, titled What does Science say about LGBTQI+. UCT vice-chancellor Professor Mamokgethi Phakeng hosted urologist Dr Kgomotso Mathabe at the open lecture which has been labelled “hurtful” by the Gender Diversity Coalition.

Phakeng released an apology this morning, following the complaints about the LGBTQI+ lecture and said the apology comes after deep reflection on her part. She says she is saddened by the pain this has caused.

Mathabe, who was the second black woman to qualify as an urologist in South Africa, is practising at the Steve Biko Academic Hospital, in Pretoria.

Speaking on intersex people during the lecture, she said: “Intersex is a condition that is potentially life-threatening. What intersex is in its simplest terms is that when a baby is born, we must be able to look at the genitals, the external genitals of the baby, and be able to say whether it’s a boy or a girl.”

Boy or a girl? Making the call

She further said: “If a trained medical health professional can’t make that call, then we call that ‘intersex’ and it opens up a whole new door.

“I mean, you know, it leads us down a certain pathway. So because we have had to get the skill sets to be able to manage the intersex baby, you look at the baby and you’re like, ‘I’m not sure whether this is a small penis, or whether this is a large clitoris’. It starts to get to a point where you can’t tell.”

In a statement released by the Gender Diversity Coalition on Tuesday 7 September, they note that they are appalled that the UCT vice-chancellor curated such a lecture.

The Gender Diversity Coalition notes in the statement that the Steve Biko Academic Hospital Gender Clinic is “a violent and medically unsafe place for intersex-born children and for trans persons who wish to medically transition, either through hormones and or surgeries”.

To close their statement, the Gender Diversity Coalition calls on UCT to issue a “strong statement with an appropriate response and commitment to action”.

The Gender Diversity Coalition has also requested a meeting with the Minister of Health Joe Phaahla and an investigation and national inquiry into intersex genital mutilation by the Commission of Gender Equality.