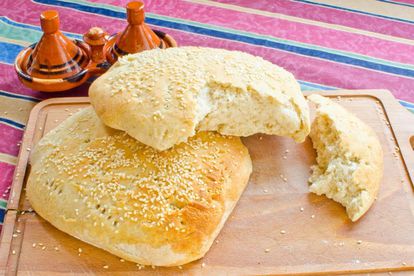 Bread is a staple food around the world, and one of the oldest is khobz bread from Morocco which dates way back.

First said to have been made in Egypt more than 10 000 years ago, the closest we now have to these earliest breads is perhaps the Mexican tortilla.

Many have been learning to cook, or at least trying out new food, as a go-to activity to distract from the drastic changes the world is undergoing.

Geography has led to different countries’ cuisines developing differently. In turn, their bread differs, either in the way it is cooked, the consistency or shape.

The Middle East and North Africa have long been the cradle of unleavened bread and this bread, called khobz, is traditional in Morocco.

It is often homemade, and typically prepared with white flour mixed with wholewheat or semolina flour. It is sometimes flavoured with anise seeds, or topped with sesame seeds.

Some modern tweaks are the addition of olives, poppy seeds or sunflower seeds. Khobz bread is widely served at breakfast, but also is eaten with tagines or soups.

I don’t know many people who don’t love some sort of bread, especially just after it comes out of the oven. This bread will leave you going back for another nibble, until you make another one!

Looking for more delectable dishes to make at home for your family and friends? We have excellent suggestions for you to try, just check out our recipes.