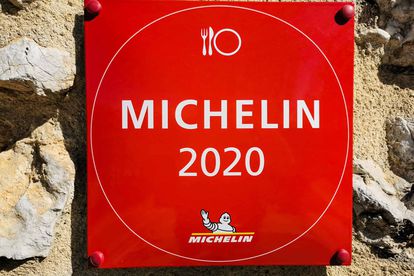 The acclaimed South African chef Jan Hendrik van der Westhuizen is the mastermind behind Jan, the fine-dining restaurant he opened in Nice, France, in 2013.

Michelin stars are the oldest and most revered international restaurant accolade. Earling one — alone keeping it — is one of the toughest challenges, not to mention the highest honour for chefs.

Why earning and keeping a star is so special

Michelin stars are a rating system used by the revered Michelin Guide to grade restaurants on their quality. The starred listings in Michelin Guides are reviewed annually by anonymous inspectors who visit eateries on the sly and assess them according to a strict set of criteria.

These range from the quality of the ingredients to the table setting. And they are nothing less than brutal – one fork out of place and an establishment could lose its star rating.

So, it is an incredible achievement for our very own local chef Jan Hendrik van der Westhuizen to retain his one-star rating for the fifth year in a row.

Van der Westhuizen made the announcement on Monday via Instagram in his inimitable understated style by thanking his “team in the kitchen, the service team and our valued customers who have supported us in achieving yet another year for the privilege of carrying this star on our façade”.

The rise and rise of Jan Hendrik van der Westhuizen

Van der Westhuizen grew up in Middelburg in the heart of Mpumalanga. Instead of becoming a farmer like his father, he took to the kitchen with his mother and grandmother, where we developed his unique relationship with food.

His talent led him to open his celebrated restaurant on the French Riviera called Jan. Less than three years after opening, it received its first Michelin star in 2016.

Van der Westhuizen is also renowned for other culinary ventures, such as his bespoke dining concept named Maria, after his grandmother; his award-winning debut cookbook, The French Affair; and his culinary travelogue TV show also titled Jan, which launched in 2017 and recently aired its second season.

He also chronicles his culinary voyage of discovery through JAN the Journal – a bi-annual luxury food and lifestyle publication that launched in 2018.

Future is bright for Jan Hendrik

The Michelin-star chef is bringing his culinary talents back home. He is busy opening a new restaurant called Klein Jan at Tswalu Kalahari, a private game reserve in the Karoo. The restaurant will be based at the luxury lodge owned by Nicky and Jonathan Oppenheimer in the Northern Cape, and will present a world-class food-and-drinks experience.

“I always knew I would one day return to the bush, to the campfires and open skies of my beloved South Africa,” Van der Westhuizen said on his Instagram announcement.

“My heritage informs everything I do, most especially my work as a chef. But through every journey I’ve ever undertaken, I’ve always believed in being honest with myself, being curious, mindful of the impact my actions have on others, and in surrounding myself with great people.”

More about the Michelin Guide

The Michelin Guide was established in France in the 1900s by the tyre company Michelin as part of a series of guidebooks encouraging people to travel. The term “Michelin Star” is a hallmark of fine-dining quality, with restaurants around the world proudly promoting their Michelin Star status.

A one star-rating indicates “worth the stop, very good in quality and cuisine prepared to a high standard.” A two-star rating is “worth a detour, excellent in quality, and skilfully crafted cuisine”.

A three-star rating is the ultimate award for a restauranteur as it denotes that the eatery is “worth a special journey, exceptional in quality and precisely executed cuisine.”