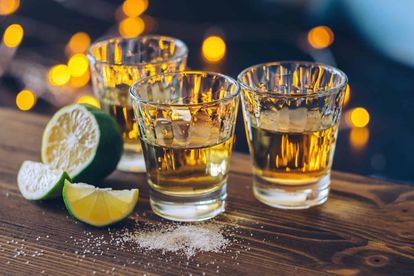 South African distillers are tapping into the growing trend of hand-crafted spirits — but we can’t call our ‘tequila’ by that name. Image: Adobe Stock

South African distillers are tapping into the growing trend of hand-crafted spirits — but we can’t call our ‘tequila’ by that name. Image: Adobe Stock

In the global village of today nothing is sacred, so it’s not surprising that the world’s best scotch comes from Japan or that ‘tequila’ is being distilled in the Karoo.

A Scotsman is sitting on a bank of the River Spey in the Highlands of Scotland. He is weeping as he reads the 2020 World Whisky Awards and learns that  Hakushu, a Japanese whiskey, has been named the world’s best single malt.

As he reaches into his sporran for a tissue, a sympathetic tourist asks why he is so mournful. He explains that Scotland’s leading distilleries and the magical waters of the Spey had failed Scotland. A Japanese amber liquid was now the world’s best single malt.

“Agh,” says the tourist (who happens to be from Bloemfontein).” Don’t let it worry you too much. Imagine being Mexican and finding out that a woman in the Karoo has begun exporting tequila. Whisky is whisky and cactus are cactus, ou maat.”

And there you have it. A global village in which scotch is no longer scotch and champagne doesn’t come from just 76,000 acres in the north-eastern corner of France. Worst of all, port needn’t be Portuguese and sherry doesn’t have to come from Jerez in Andalusia, Spain.

Why you can’t call SA ‘tequila’ by that name

But, thanks to the politicians and marketers, who cling to the belief that national interest trumps  ‘local is better’, nobody these days can produce tipple and call it scotch, sherry, port or champagne.  This does save some dented national pride even though the imitator’s product tastes identical (or in the case of many brands of SA booze, better than the original) to the educated palate.

But, as the tourist says, “cactus is cactus” so why shouldn’t tequila come from the Karoo for that matter? The common denominator is agave cactus, and whether it is grown in the Jalisco region of Mexico or the arid areas around Graaff-Reinet makes no difference.

So, because local ‘tequila’ can’t be called tequila, it is called Leonista and instead of Mayan-like decals and designs, it has a modern leopard artwork as a label.

The major difference is that the distiller is not your archetype moustachioed, blanket-wrapped Mexican, but businesswoman Sarah Kennan who decided while visiting Mexico that anything done there could be done here.

Before you could say “hairless chihuahua”, people were running around tapping the Karoo’s agave cactus and South Africa had a quality, certified organic product.

All that is needed now is for South Africans to learn how to drink it properly. I am sure many of us have shuddered at the wannabee single malt drinker who ostentatiously orders a single malt and then splashes in some Coke.

It’s the same with quality tequila. It should be sipped over a block of ice or in a margarita or used as a base for a cocktail, Kennan said, and she should know.

Despite the word tequila being taboo, Leonista is selling up a storm and its Leonista Blanco recently took gold in the US-based SIP Awards. Around the world fans now include the Japanese, Dutch, Taiwanese, Zimbabweans (who need the distraction) and Australians.

Leonista is available as a Blanco, Reposado, Honey Reposado and Reposado Black at various liquor stores or directly from the Leonista website.