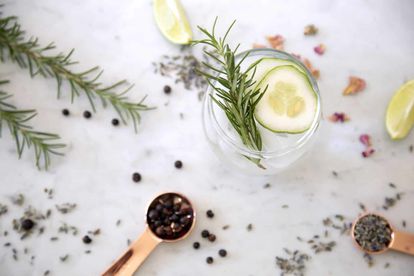 We are not going to discuss juniper, because it is a given. It features in every single gin because, without it, the product is not legally allowed to be called a gin.

Some gins contain it more primarily than others. Its berries are tiny, round, and very bitter, but when distilled into gin, they reveal a pine-like flavour which harmonises with the presence of other flavours.

Distillers can tune that juniper note to be a whisper or a wallop. Beyond that, botanicals can vary widely, but the flavours making gin so delectable may seem downright enigmatic.

This only maintains the mystery that is gin, which story has been eminent in the works of famous authors, such as Scott Fitzgerald, Charles Dickens, and Ernest Hemingway.

Origin: Coriander is the dried-out seed of the cilantro plant and originated in districts extending over Southern Europe, Northern Africa, and Southwestern Asia, prominent in Italy and Egypt.

In what South African gin: Wixworth, and Blind Tiger.

Best used: As a G&T garnish, or in a Cilantro Martini.

Origin: Angelica is a wild celery plant with edible stems and roots. It originated somewhat nomadically. It is believed to originally be from Syria, yet also cultivated wild in the Scandinavian countries, and grown in France, Germany, Romania, and some of eastern Asia.

Taste: It has an earthy flavour, very similar to mushrooms. It is a little bitter, but herbal, and offers a hint of wormwood. It is sometimes mistaken for juniper berries.

Best used: As a G&T garnish (but not by itself), or in a Gin Toddy.

The three citrus plants most commonly used in gin are lemon, orange, and grapefruit.

Origin: Even though citrus fruits are most common in the Mediterranean and the United States these days, they, in reality, derive from Southeast Asia

Taste: While all three of these fruits offer the citrus taste, they also differ remarkably. Lemon is quite zesty and then becomes tart, but fresh, though it doesn’t linger. Orange is more sweet and fruity. Grapefruit is the most bitter out of the three, with quite a sour top note with a more organic dry out.

Best used: As a G&T garnish (in almost any gin), or in a New Orleans Fizz.

Origin: Often simply referred to as a peppercorn. It is a flowering vine, from the Piperaceae family, native to India and tropical Asia.

Taste: Its flavour is piquant, spicy, and warming.

In what South African gin: A Mari Indian Ocean, Hobbs Pink Pepper, and The General’s.

Best used: As a G&T garnish (also not by itself), or in a Pink Peppercorn Gimlet.

Origin: Liquorice comes from the extract of the roots of the Glycyrrhiza glabra plant. It originated in southern Asia, but cultivates in a band from North Africa, across the Middle East, to China, nowadays.

Taste: It has a very powerful taste. The dominant flavour is the glycyrrhizin, a natural sweetener in the root, which tastes, to some, like artificial sweetener. Overall it has a warming, sweet, anise flavour.

In what South African gin: Jorgensen’s, D’Aria, and Black Mountain.

Best used: As a G&T garnish, or in a Momisette.

Origin: Closely related to cinnamon, Cassia comes from the bark of a perennial tree indigenous to Southern China.

Taste: It produces a burning aroma, but its spicy, warm flavour is a little sweeter than cinnamon and gives off a hint of honey.

Best used: As a G&T garnish (especially in a Mulled gin), or in a Pour Ma Gueule.