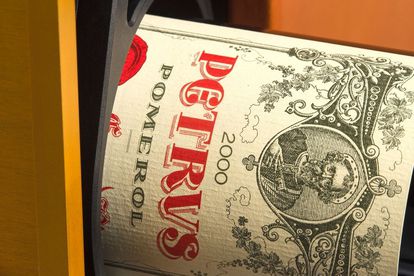 British auction house Christie’s announced that an out-of-this-world bottle of wine is up for grabs for the eye-watering price of R14.4 million, on Tuesday, 4 May. The bottle of Petrus 2000 is one of 12 bottles of wine that spent 14 months orbiting the earth at the International Space Station (ISS).

The wines left the planet in November 2019 as part of a research expedition by Space Cargo Unlimited, whose work deals with how food and drink are affected by a zero-gravity environment.

The unique wine was selected for the expedition because it is renowned for its “exceptional qualities,” said Christie’s. Petrus is predominantly mono-varietal and has a well-documented history, which makes it easier to study the effects of time on the drink. It is not exactly cheap under normal circumstances, though, and fetches at least R77 000 per bottle.

The auction house said this is the first time wine has travelled to the ISS and returned to earth and hopes that a wine connoisseur might cough up R14.8m to purchase the bottle, which is immediately available via Christie’s Private Sales.

To sweeten the deal, the space wine is coupled with an additional bottle of ‘earth wine’, a unique custom trunk, also inspired by the extraterrestrial, created by Maison d’Arts Les Ateliers Victor and a corkscrew crafted from a meteorite, of course.

“This bottle of Petrus 2000 marks a momentous step in the pursuit of developing and gaining a greater understanding of the maturation of wine,” said Tim Tiptree, the head of Wine and Spirits at Christie’s.

Nicolas Gaume, the CEO of Space Cargo Unlimited, said the wine has been transformed in a way which is out of this world by the 440 days it spent in space. “The proceeds of the sale will allow us to continue Mission WISE, six experiments in space to help invent the agriculture and food we need for tomorrow on Earth,” he added.

The wine went to the ISS in 2019 and hitched a ride back to earth on 14 January on a SpaceX Dragon spacecraft. The viticulture research is especially important because wines and vines are very sensitive to climate change and fluctuations on earth.

“Gravity is the only parameter of life that has remained unchanged over the past 4.5 billion years,” read the joint press statement.

The first analysis of the wine took place in Bordeaux on 1 March. Twelve wine professionals and scientists tasted the ‘space’ and ‘earth’ wine and assessed them according to visual, gustatory (fancy word for taste) and olfactory criteria.

“The initial results found the bottles positively endured all the constraints of preparation, travel and storage on the ISS,” said Christie’s

“Remarkable differences in the colour, aroma, and taste components were noted, and the wines sampled were commended for their complexity and considered to be great wines.”

SPACE WINE COULD BECOME THE MOST EXPENSIVE WINE EVER

Christie’s will be hoping that record does not last for much longer.