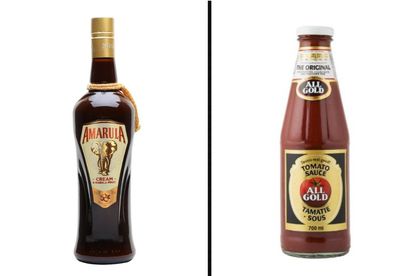 The South African retailer, Game, recently sought to find out which products are considered to be South Africa’s ‘most iconic’.

In celebration of Heritage Day, the group asked respondents via a survey to identify the products they see as quintessentially South African. According to Good Things Guy, the majority of respondents connected these products to their heritage.

The survey found that most South Africans are using food, beauty, and household products that tie back to their experiences as children.

The reasons for using these products versus newer ones were multi-faceted and often hard for respondents to articulate – usually linking back to a connection to their roots, and their childhood experiences.

Most respondents agreed that the traditional braai is how they enjoy celebrating and spending time with family – across demographics and age groups. Some respondents said they cook over the fire every weekend, while some kept this practice for special occasions only.

A taste of home

Asked about the food products that really present them with a taste of home, the respondents said the following:

The survey revealed that as an accompaniment to any meal, South Africans vote All Gold (76%) and Aromat (71%) as their most loved items, followed by chakalaka (67%) and Mrs Balls chutney (65%).

Stoney Ginger Beer was identified as the most popular drink for celebrating Heritage Day – interestingly, most loved by those in the Free State and Northern Cape – followed by Oros and Amarula Cream Liqueur. Meanwhile, respondents from KwaZulu-Natal, Limpopo, Mpumalanga, the Free State and the North West were most likely to enjoy traditional Umqombothi as part of their celebrations.

Respondents were clear about the importance of traditional products as part of their heritage, with one female respondent from Gauteng saying: “I use impepho and umqombothi to connect to my ancestors. Disregarding this tradition would make me lose the essence of my being”.

A country steeped in heritage and culture

Vice-president of marketing at Game, Katherine Madley, told IOL that South Africa is a country steeped in heritage and culture, from so many different backgrounds. She says it is so interesting to see people from across the country come together to agree on their love for these products.

“Our survey respondents were passionate about their heritage, traditions, and culture, and about the role that food and drink products play in celebrating these,” says Madley.