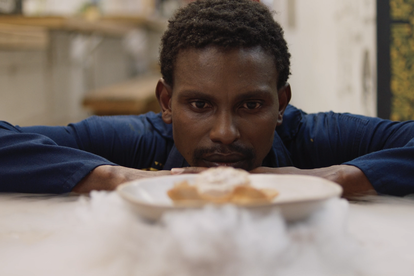 Pap. Sadza. Ugali. Nshima. Call it what you want, but Africa’s quintessential staple has hardly ever been elevated to the status of fine cuisine. And that’s precisely why molecular biologist turned cultural rehabilitator, Tapiwa Guzha, is on a mission to change that.

Tapiwa Guzha is making ice cream out of pap

In the fourth episode of Nederburg’s new breakout food and wine series, I’ll Bring The Wine, host Karen Dudley travels to Observatory, Cape Town in search of the man behind the only truly African Ice Cream shop on the continent: Tapi Tapi.

As the episode reveals, Tapiwa’s vision is not merely to serve delicious ice cream, but in so doing, he aims to change identities, restore Africa’s self-esteem, and refresh long-forgotten memories.

That’s a big weight to put on a small scoop – but then again, Tapiwa’s servings are anything but ordinary. With his deep understanding and appreciation for Africa’s grains and cultures, coupled with a PhD in molecular biology, expect inspired flavours like rooibos infused with imphepho smoke, roasted sorghum, and Amagwinya (vetkoek).

We all want ice cream!

“The reason I chose food is because it can be a source of judgement and exclusion, but it is also a means to celebrate, connect and bring people together. And everybody loves ice cream, right?” Tapiwa explained.

This left Karen with the daunting task to pair the dish with the perfect wine as the show dictates.

And so with the help of a winemaker, she brought a Rosé that pairs beautifully with Tapiwa’s most ambitious plate yet.

“Tapiwa is an oasis,” muses Karen. “He is a man who is making such an impact… using ice cream to communicate something so much deeper. It’s not an exaggeration to say he’s ushering in a new dawn – quietly leading us toward a completely new (or perhaps long-forgotten) understanding of black identity.”

Check out all four episodes so far on the Nederburg YouTube channel and be sure to tune in for the final episode in January 2022, when Karen travels deep into the Karoo to rediscover what local treasures lie just beneath the surface.