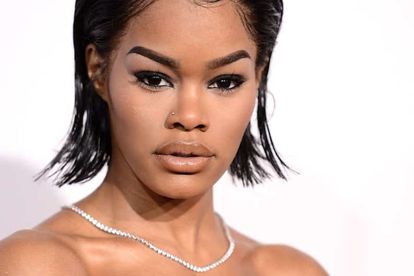 The G.O.O.D Music rollout concluded this past weekend, with the release of Teyana Taylor’s second studio album, K.T.S.E (Keep The Same Energy).

It is no surprise that she has gained a new following but people forget that Teyana was around way before Kanye West took her under his wing.

These are five things you might not have known about G.O.O.D Music’s first lady.

Keep The Same Energy is a response to her critics

The album title caused a wave of confusion when it was announced right before the listening session on Friday. What people failed to realise is that Teyana is one of the most talented singers who still has a lot to prove, even though she has done a lot in the industry.

She had gone a while without releasing any music and has always battled to find her own path amidst comparisons with superstar Rihanna.

This album is a direct response to those who have cast doubt on her ability to carve out her own lane in this densely populated genre.

At the age of 15, she was scouted by Pharrell who fell in love with her energy and vocal ability and signed her to his label. She never released any official body of work under his label but the association alone opened up a lot of doors for her.

Four years ago, Teyana released her debut album and it charted at no.1 on the R&B/Hip-Hop charts. It did not really do well commercially but it received positive reviews from industry insiders and allowed her to make a name for herself.

When Kanye released the music video for Fade, the world was amazed and gobsmacked to see how well Teyana performed in the video, dancing ferociously with her longtime partner, Iman Shumpert, in their birthday suits.

That performance came as no surprise to her day-one fans though, because they know that she’s taught Beyonce a few moves in the past, working as the choreographer for her hit single Ring The Alarm.

Her name is etched in sneaker history

In 2013, she broke the Adidas sneaker sales record. Her range of Adidas Originals GLC debuted in Houston during the NBA All-Star Weekend, and according to Jonathan Waxler, Global Director of Entertainment and Influence Marketing at Adidas, “Teyana’s shoes [were] the first pair of sneakers in Adidas history to sell out so fast.”

Teyana’s reign in the game as the slept-on queen of R&B and Hip-Hop continues and with her latest project finally out, there is so much more she has in store for us and we are here for it all.