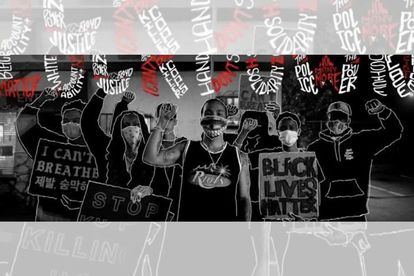 Musicians, including Anderson .Paak, are rising the call of #BlackLivesMatter

Musicians, including Anderson .Paak, are rising the call of #BlackLivesMatter

Music is adding a strong soundtrack to the chorus of voices of the #BlackLivesMatter movement.

Ranging across countries as diverse as the United States (US), the United Kingdom (UK) and South Africa, #BLM has spread across the globe.

The brutal death of George Floyd on 25 May sparked worldwide protest and conversations as different individuals and communities tried to understand their role in society and how to add to the one strong voice that brings change.

The voice speaking the loudest to the most is music as it is a medium that brings people together and is easy to relate too.

Musicians have created songs that speak to the Black Lives Matter movement and add to the voice of transformation.

Earlier in June, for example, Apple Music used Blackout Tuesday to play music by black creators for 24 hours straight and named it #TheShowMustBePaused.

Here are a fistful of #BlackLivesMatter songs that speak to this movement and may help to change society.

As expected from Beyoncé, this song was released overnight on a significant day, Friday 19 June. Known as the Juneteenth, this day marked the end of slavery in 1865.

Grammy-winning rapper Kendrick Lamar directs this 19 June release. The message of Lockdown also lies in its artwork as, on the cover, Anderson. Paak writes the names of people who have lost their lives at the hands of the American police.

The multifaceted musician debuted the song on iHeartRadio’s Living Room Concert Series. When she sings the words “You’re taking my life from me, I can’t breathe”  the lyrics send chills down your spine.

In an interview about I Can’t Breathe she said: “These lyrics were kind of easy to write because it came from a conversation of what’s happening right now”.

One of Lil Baby’s more sombre offerings, the song opens with a news report about the death of George Floyd.

The lyrics include the words: “It’s bigger than black and white, it’s a problem with the whole way of life”.

With a slight groove to it, T-Pains Get Up relays in the song that the only thing that matters is what’ll happen once you get up. He says that even if he’s pushed to the floor he won’t stay on the floor.

The artwork gives a true refection of T-Pain’s personality with a fist up, rings around his fingers and three watches around his wrist.