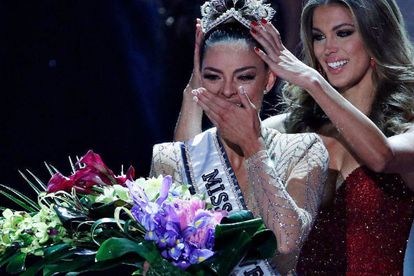 The 2022 Miss South Africa pageant is set to take place on Saturday 13 August at the SunBet Arena in Pretoria. As we get closer, we take a look at the women who have walked away with the crown and what they’ve been up to over the years.

ALSO READ: Beautiful millions: What Miss SA 2022 will walk away with

During her Miss Universe 2017 reign, the 27-year-old began dating American football player, Tim Tebow. The pair tied the knot in January 2020 in Franschhoek, just outside of Cape Town.

Since her reign ended, the 27-year-old has been practicing as a medical doctor and enjoying life as a married woman after tying the knot with businessman, Ze Nxumalo.

When she first entered the Miss South Africa pageant in 2017, Zozibini Tunzi placed in the top 26. Two years later, the Tsolo-born beauty queen re-entered the pageant and walked away as the winner. The 28-year-old represented Mzansi at the Miss Universe pageant on 8 December 2019 and won!

At the time, Tunzi was the first black woman to win Miss Universe since Leila Lopes in 2011. Due to the COVID-19 pandemic, she was also the longest-reigning Miss Universe titleholder. Now, she is set to make her acting debut in The Woman King alongside Viola Davis and Thuso Mbedu.

Shudufhadzo Musida was completing her Honours degree in International Relations at Wits University in Johannesburg when she entered Miss South Africa in 2020. When the 26-year-old won the pageant, she became the second Limpopo native and the first Venda-speaking woman to hold the title.

Musida represented South Africa at the Miss World 2021 pageant and placed in the top 40 of the competition. Now, she is a published author and an advocate for mental health.

Born in Richards Bay, KwaZulu-Natal, Lalela Mswane was completing her Bachelor of Laws degree at the University of Pretoria when she entered the Miss South Africa pageant in 2021. After winning the pageant, it was announced that Mswane would represent Mzansi at the Miss Universe 2021 pageant in Israel, but the news was met with criticism from many due to the Israeli-Palestinian conflict.

She placed as the second runner-up and in 2022, Mswane won the 13th annual Miss Supranational pageant. She is the first South African to win the crown.