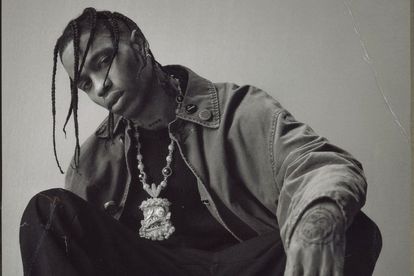 The Dior-Travis Scott collaboration marks the first time the French luxury fashion house has officially worked with a musician on a full collection, and their designs will be unveiled during a physical presentation at Paris Men’s Fashion Week on Friday 25 June

“This unprecedented event represents the first full Dior collection ever created with a musician for the house,” Dior said in a statement to WWD.

Over the course of its 74-year history, the luxury fashion house has worked with members of the music industry, such as A$AP Rocky – who has fronted its campaigns – and had the likes of Lenny Kravitz sit front row at its shows.

This, however, is the first time it has enlisted a musician to sit down and co-design a collection.

Sharing a video promoting the collaboration between his label Cactus Jack and Dior, the Astroworld rapper wrote on Instagram on Thursday:

“Started and molded in Houston moved to the West , took it Paris (sic). From walking streets to sneaking thru the back of the shows with the gang. To now open the floors with gang. @cactusjack @dior @mrkimjones (mind blown emojis) see u Friday. !!!”

Alongside the same footage, Dior reps wrote, “Get ready for #CactusJackDior, the #DiorSummer22 collection that represents a conversation between @MrKimJones, musical artist @TravisScott and Christian Dior, set to be unveiled in Paris, on Friday, June 25 at 14.30pm CET.”

Walking the talk in Paris

The rapper sparked speculation about the collaboration on Wednesday when he was spotted in Paris wearing a brown heavy-duty work jacket that featured a large Dior logo on the back as well as Cactus Jack branding.

Through his label, Scott has previously teamed up with brands including Nike, Helmut Lang and Bape, while he has appeared in campaigns for labels such as Saint Laurent.

He founded the Cactus Jack Foundation last year and went on to establish a fashion programme at The New School’s Parsons School of Design in New York.

Dior’s Spring-Summer 2022 men’s collection by Kim Jones and Travis Scott will be unveiled in Paris at 2:30 CEST on June 25. It will also be viewable online at www.dior.com