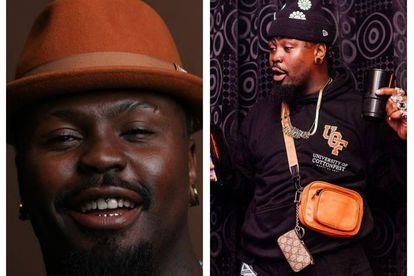 Rapper and songwriter Micheal “Stilo Magolide” Chirwa has announced that he has launched his clothing range where he is showcasing a summer range.

He said this range is for people that love fashion but he did it for his fans for the summer season. The range is under his clothing brand W.A.T.E.R.

According to Daily Sun, the producer took to social media to announce his latest venture. He said, “I opened my pop-up store in Braamfontein, Joburg. This is for people who love looking beautiful and who have their own taste in fashion”.

“If you look at clothes from my summer range, they have palm trees on them. This is something that has always fascinated me when I was young,” said Stilo Magolide.

The rapper told the publication that he believes in working smart and always improving himself. He says he has received a great response from his fans on social media.

“The response is so good. I am happy that people are in love with this range. It’s something that keeps me going as an entrepreneur in the fashion industry. It’s beautiful to see people showing me love,” he said.

Stilo Magolide said he is happy when his customers are happy.

WHAT ELSE DO THEY HAVE?

Stilo says they also have jean jackets, hoodies and jeans. “We are here to serve the masses with what they are looking for,” he said.

He told Daily Sun that those who want to look good this summer must check out his store next to The Wing Republic in Braamfontein to see what they can get for themselves and their families.

“We are here to deliver what people have been asking for over the past years. This is a token of appreciation to my fans. I just want to thank them for keeping me going,” he said.

Stilo is currently thinking about having a fashion show but he says he doesn’t believe in fashion shows.