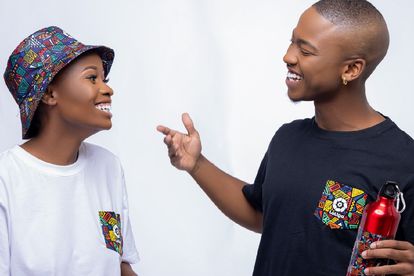 The Spanish league has established a reputation for local activations and initiatives that resonate with the local market and it has now launched a quintessential LaLiga spottie, fashionable t-shirt, water bottle and a mug. All of these items come in a colourful African-inspired pattern, making them a relatable product for any South African LaLiga fan.

ALSO READ: Kaizer Chiefs star in talks with LaLiga side over blockbuster move!

Most striking in the collection is the bucket hat spottie that is much loved on the South African streets, with all items available for sale at LaLiga’s Experience store at the Fourways Mall.

“We’re very excited to have produced this exciting local streetwear range especially for the South African market. LaLiga is a global league loved all over the world, but our goal is always to bring the league closer to fans and to be relevant in local markets. What’s more typically South African, cool and sporty than a spottie? We love the range and we hope South African football fans and those who love entertainment, fashion and fun will love it too and will proudly wear it all the way from Mamelodi to Madrid.”

The streetwear range is just one of many local activations the league’s Southern Africa office has undertaken this season.

LaLiga has also recently become the Official League Sponsor of the fast-growing Fives Futbol franchise, popular in communities across the country for its pacy kasi style football as LaLiga looks to directly engage local football communities.

Moreover, LaLiga celebrated its showstopper ElClasico fixture with a Fives Futbol media and influencer exhibition match this week, featuring the likes of Modise, Baloyi and Jerry Sikhosana at Balfour Mall this week ahead of Sunday’s epic clash between Real Madrid and FC Barcelona at the Santiago Bernabeu.