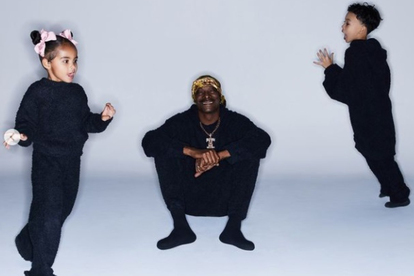 Reality TV star Kim Kardashian and her shapewear and clothing brand Skims have made history again. This time with the help of rapper Snoop Dogg and his adorable family.

The 51-year-old rapper traded his usual, edgy threads for something a bit more casual and comfy — pajamas! — as he stars alongside the rest of the Broadus gang as the Skims holiday family of the year.

“The cultural icon and three generations of his family are shot together for the first time, wearing our signature Cozy collection,” Kardashian posted on social media. And the images are priceless!

The Broaduses don three different looks from the range, including a fleece sleep set.

And yes, of course the family is matching! In a Skims Instagram post, Snoop, his wife and grandchildren can be seen all bundled up in the line’s “best-selling boucle knits”.

In true Snoop Dogg fashion, the Drop It Like Its Hot singer can be seen wearing a sizable Death Row Records chain around his neck and a silky blue, cream and brown headscarf on his head.

“I feel so blessed that three generations of my family were able to come together for the Skims Holiday campaign! It’s the first time we’ve been featured in a campaign all together and we all loved the super soft, comfy outfits,” Snoop Dogg shared. as reported by People.

The rapper posted a photo on Instagram with three of his grandkids with the caption “Generations”.

He recently teamed up with Emmy-nominated producer Claude Brooks and Emmy-nominated singer/songwriter October London on a range of kids songs and nursery rhymes, titled Doggyland – Kids Songs and Nursery Rhymes.

The show can be seen on YouTube and is aimed at toddlers and young children. It features a colourful cast of dogs, led by Bow Wizzle, which is voiced by Snoop.