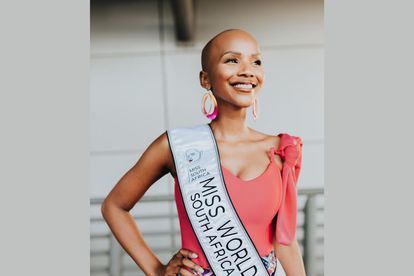 SHUDU JETS OFF THE PUERTO RICO

Shudufhadzo Musida, affectionately known as Shudu, arrived in Puerto Rico on Sunday 21 November. The 25-year-old is representing South Africa at the Miss World pageant in the Caribbean island on 17 December.

Shudu passed down her Miss South Africa crown to Lalela Mswane but she is still representing Mzansi at the Miss World pageant. This is because she was set to participate in the pageant last year  but it was postponed due to COVID-19 and subsequently the lockdown. Therefore, Miss World 2019 Toni-Ann Singh is still continuing her reign until 17 December.

Jamaica’s Toni-Ann Singh will pass down the crown to her successor and Shudu is already a hot favourite.

“The time has finally come and to say that I’m excited is a complete understatement. I’m so incredibly grateful for the opportunity to represent the country that raised me. Who gave me a voice and who made me the woman I am today on the Miss World stage,” she wrote on Instagram

“I carry each and every one of you in my heart as I embark on this journey of a lifetime — and I humbly ask that you please join me! Sending you all my love!” she continued.

Shudu may be the centre of attention now but over the last few weeks, Miss South Africa Lalela Mswane was placed in the limelight. This was over her Miss Universe drama. The 24-year-old was asked to boycott the pageant because it is taking place in Israel. Israel has been described as an apartheid state due to their treatment of Palestinians.

Miss SA slammed “fake news” that Lalela had dropped out of the pageant and affirmed that she would still be participating. The South African government then withdrew their support for the 24-year-old.

The Miss South Africa organisation thereafter shifted their focus to Shudu in an attempt to escape the continuous conversation surrounding Israel.