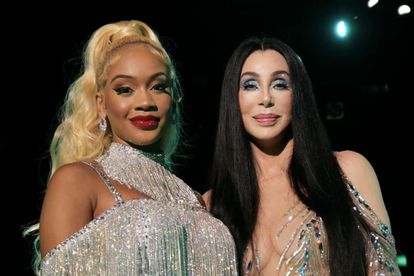 Saweetie and Cher have teamed up to star in MAC campaign Challenge Accepted.

The 28-year-old rapper and the Believe singer, 75, have joined the cosmetics company’s latest campaign which encourages the stars to “challenge the status quo.”

“Challenge Accepted’ means challenging a status quo, and I try to do that every day with my business, with my music, with the message I give out to the world. Because I went to college, something that was said to me was: ‘Why would you be a rapper when you have a degree?’ But I challenge that. I’m going to do what I’m passionate about.”

“So Challenge Accepted from MAC’s side, from my side, I feel like we continue to challenge the doubters, explained Saweetie”

The Best Friend singer – who joined MAC as an ambassador back in September 2021 – then went on to gush about getting to work with iconic pop singer Cher, describing the experience as “magical.”

Speaking to WWD, she added:

“Cher is so magical. Every time someone asks for me to describe her, I feel like there’s no one word to put it, but she’s magical. he’s fun. She’s so full of knowledge and she was such a pleasure to work with. If I can, I would do it again.”

Her feelings were echoed by Drew Elliott, senior vice president and global creative director at MAC Cosmetics, who said that seeing the stars collaborate on set for the campaign video was a “dream” noting that Cher’s fashion wisdom was “endless.”

“When they were filming together, Cher gave endless advice and ‘wisdom’ about the industry, fashion and style. It was such a moment — a moment only MAC could make. These two artists are powerhouses on their own, but together they are unstoppable,” he said.