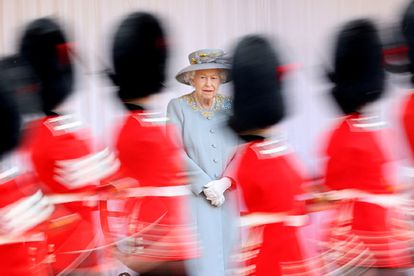 All of Queen Elizabeth II’s outfits over the last 70 years have been meticulously planned and memorable in their own right.

“She has developed her own consistent signature style,” said Elizabeth Holmes, author of HRH: So Many Thoughts on Royal Style, according to a report from Reuters. “She has the same shape hat, the same silhouette of coat, those fantastic block black heels, her three strands of pearls. But then also within those guardrails, she has a lot of fun with fashion… The queen is famous for her block colours.”

Of course, as the Queen of Britain, there’s a tremendous amount of thought put into the queen’s wardrobe.

Hardy Amies and Norman Hartnell, who designed Elizabeth’s wedding and coronation gowns, were in charge of the Queen’s wardrobe at the start of her reign.

Kelly wrote in her 2012 book Dressing The Queen that “the Queen has a fantastic understanding of clothes and fashion”.

Now, in celebration of Queen Elizabeth’s Platinum Jubilee, we highlighted some of her most unique style choices over her 70-year reign:

In 2021, Britain’s Queen Elizabeth II and her son, Prince Edward took part in the launch of the Queen’s Baton Relay for the Birmingham 2022 Commonwealth Games when she sported a bright orange ensemble.

Who could ever forget her green – ‘Outsurance ad’- ensemble for Prince Harry and Meghan Markle’s wedding in 2018.

The Queen has never shied away from a colourful wardrobe as seen below during a garden party at Buckingham Palace in 2018.

Here she is in royal blue at a Service of Thanksgiving to mark the Centenary of the Royal British Legion at Westminster Abbey in London on October 2021.

Here she is attending the Trooping of the Colour military ceremony in 2021.

Queen Elizabeth wore a flower ensemble when she and, Camilla, the Duchess of Cornwall and Kate, the Duchess of Cambridge arrived at an event in celebration of The Big Lunch initiative at The Eden Project in southwest England in 2021.

Of course, for formal events, the Queen usually wears some of her most bespoke dresses and jewellery items.

Queen Elizabeth II attends a service for the Order of the British Empire at St Paul’s Cathedral in 2012.

Lydia Slater, editor-in-chief of Harper’s Bazaar, believes that because the Queen really isn’t supposed to say anything out loud, what she wears is really one of the only ways that she has of expressing her feelings. For Slater, her brooches, which she has a huge collection of, are a way that she can potentially add a little layer of meaning to what she’s wearing.

For both William and Harry’s weddings, the Queen wore brooches “associated with … love and with happiness”, Slater said further as an example.

In 2019, she donned a beautiful soft pink ensemble at a visit to King’s College.

In 2018, the Queen was front and centre during the Trooping the Color parade in central London.