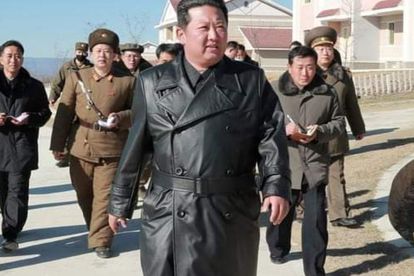 North Korea, which is led by Kim Jong-un, has reportedly cracked down on tight jeans, dyed hair and more “capitalist flair” styles according to a report by Radio Free Asia on 6 May.

North Korean leader Kim Jong-un previously banned skinny jeans in the country and now tight jeans is next. The country is said to be cracking down on “capitalist” fashion and hairstyles to ensure they conduct themselves according to the ideals of socialism.

Residents of the country are not allowed to wear tight-fitting pants or t-shirts with foreign words. They also aren’t allowed to dye thor hair or grow their hair past their waist.

The Socialist Patriotic Youth League is believed to have held an educational session across the nation where imitating foreign fashion and hairstyles was labelled “capitalist flair.”

“At the end of last month, the Socialist Patriotic Youth League held an educational session nationwide, where they defined the act of imitating foreign fashion and hairstyles as ‘capitalist flair,’ and examples of ‘anti-socialist practices,” said a source to Radio Free Asia.

“The youth league’s patrols are cracking down on young people who wear long hair down to their waists, and those who dye their hair brown, as well as people who wear clothes with large foreign letters and women who wear tight pants,” the source continued.

WOMEN IN THEIR 20S AND 30S ARE BEING TARGETED

The source claims that women in their 20s and 30s are being targeted. If caught, they must wait on the side of the road until the patrols have finished combing the area. Thereafter, authorities will take them to the Youth League office, where they must “confess” their crimes in written letters.

Those caught will only be released once someone brings them something “acceptable” to wear.

“This time the crackdown mainly targets women in their 20s and 30s. If they are caught, they are made to wait on the side of the road until the patrols can finish their crackdown in that area,” said a source to the publication.

“Only then will they be taken to the youth league office in the district, where they must write letters confessing their crimes. They must then contact someone at home to bring acceptable clothes for them, and then they are released,” the source continued.