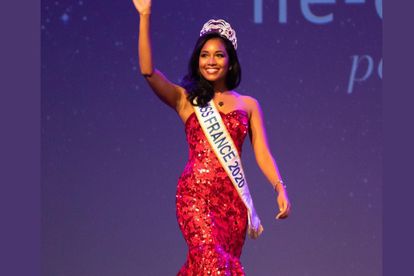 Miss Universe France Clémence Botino revealed she tested positive for COVID-19 after arriving in Israel ahead of the international pageant, via a social media post on Monday 29 November.

MISS UNIVERSE FRANCE: ‘I HAVE BEEN CRYING ALL DAY’

Clémence Botino revealed that she tested positive for COVID-19 after arriving in Israel for the Miss Universe pageant.

Miss Universe contestants were granted waivers to travel to Israel for the pageant. Israel and the United Kingdom (UK) banned travel to and from certain African countries due to a new COVID-19 variant – Omicron being detected in South Africa on 25 November. Miss South Africa Lalela Mswane has already arrived in the country despite being asked to boycott the pageant because Israel is described as an “apartheid state”.

Miss France was devastated that she contracted the virus. According to the Miss Universe organisation, Botino was fully vaccinated.

“I’m writing because I have been crying all day. This morning, they called me to say that I was positive. I was shocked and sad, it is truly hard,” wrote Botino.

“It is not easy to deal with all of that while being far from home… But MUO is here to help take care of me,”she continued.

“I’m really tired so I’ll take care of myself. I will stay under lockdown (for the) 10 days then I will be tested again. Even if it is hard, I won’t give up. Life has brought me to Israel and everything is okay,” she added.

ALSO READ: ‘It’s a no from SA’: Tweeps REFUSE to vote for Lalela at Miss Universe

WHAT DOES THIS MEAN FOR THE OTHER CONTESTANTS?

More than 70 countries are expected to compete in the Miss Universe pageant on 12 December in Eilat, Israel. The Miss Universe organisation states that the pageant is run under a number of strict COVID-19 protocols in line with Israel’s restrictions and precautions.

“The Miss Universe competition is under a number of strict COVID-19 protocols and restrictions, developed in accordance with Israeli officials and through best-in-class industry standards,” said the Miss Universe organisation in a statement.

“We continue to cooperate with the Israeli authorities and will share more information as it is appropriate,” the organisation added.

Other contestants who came into contact with Botino were notified of the news and advised to isolate. It is unclear whether Botino is infected with the Omicron variant or not.