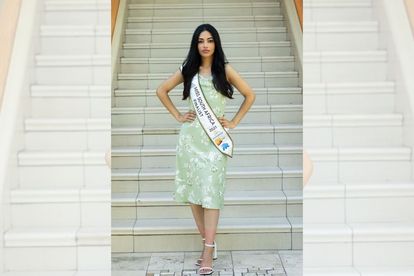 With just a few days to go until the Miss South Africa pageant, the Top 10 contestants are pulling out all the stops to make a last-ditch effort on why they should take the crown…

And that includes looking the part of a beauty queen. But not everyone is impressed with their fashion skills…

‘IS THIS THE BEST WE HAVE TO OFFER?’

On Tuesday, the Miss South Africa finalists unveiled a range of fashion looks for their first day in Cape Town, where the pageant will take place for the first time on 16 October.

“Your finalists were dressed to impress on their first day in Cape Town,” read a social media post from organisers alongside the pics of the contestants modelling their “outfit of the day”.

Their looks varied from formal maxi frocks to casual jumpsuits to even a few cocktail frocks – all styled by the finalists themselves.

Also read: Fit for a queen: Take a look inside the Miss South Africa apartment

But the pageant’s Facebook fans did not approve, and went to great lengths to voice their opinions.

“Very disappointing photo shoot. Clothing looks like it was bought at a rummage sale. It doesn’t suit their bodies. Makeup is overdone,” read one disapproving comment.

Another follower savagely added: “Not loving these looks. They are gonna have to step it up a level. Sorry but this isn’t good enough for Miss SA Top 10 finalists.”

A third was brutally blunt: “OMW is this the best we have to offer?”

Others complained that the quality of the images was not on par with the pageant’s high standards.

“Look like the photos were taken on a cheap cellphone by an assistant,” said one. “Seriously who are the photographers this year? The photos are so bad,” added another.

The criticism came days after the pageant was attacked by fans again over the announcement of the pricey tickets and vaccination passport required to watch the live show in GrandWest Casino.

Meanwhile tweeps are debating whether Miss South Africa should include plus-size women in their selections going forward – or alternatively develop a separate “Miss South Africa Plus Size” competition.

This led to a discussion on the timeline which saw tweeps also question Miss South Africa’s search criteria, which has typically seen slim women progress in the competition.

Some felt that pageant organisers should integrate plus size women into the main competition.

Whilst others claimed that curvier ladies should have their own competition…

Others claimed the opinions shared online were “hypocritical”, given that a former Miss South Africa Sasha-Lee Olivier – considered “plus size” was shunned – and even bodyshamed – over her figure.

What are your thoughts?