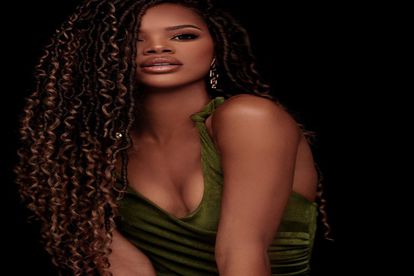 Miss South Africa, Ndavi Nokeri revealed the national costume she will be wearing at the 71st Miss Universe pageant, taking place in New Orleans, Louisiana, in the US on 14 January 2023.

The reveal took place at The Maslow Hotel in Sandton graced by the attendance of Miss South Africa 2019 and Miss Universe 2019 Zozibini Tunzi who emceed the event.

ALSO READ: Miss South Africa gives back to the learners in Limpopo

Ready to jet off to New Orleans in the United States, the reigning title holder will not only be competing for the Miss Universe title; she will also be paying homage to Africa’s influence on global pop culture.

Miss South Africa Organisation’s creative director, Werner Wessels, explained that the national costume is a fan favourite and it is of critical importance when showcasing the country on an international stage by being proudly South African.

Furthermore, he adds that they put a lot of effort into crafting the costume for it to have a distinctly African feel, hence the choice and use of fabrics in some parts of the costume are inspired by Nokeri’s Tsonga culture.

“I am delighted that my national costume incorporates my Tsonga culture. From the very beginning of my Miss South Africa journey, I always wanted people to know that I was standing for the Tsonga people because growing up as a child I felt as if we were under-represented.

“At the same time, we’ve incorporated the fact that I’m South African and African; this is so beautiful because I’ve come to learn that as Africans we are more alike than we are different thanks to our shared experiences and values. It is a proud moment for me to make all Africans feel seen, understood, and represented,” said Nokeri.

Visser says all three gowns were custom-made and it took them two months from concept to completion.

“Each detail was meticulously planned and selected so we could achieve the desired look and vision. Her preliminary and final gown involved seven beaders, each taking more than 160 hours to bead,” said Visser.

Henk Henderson of Henderson Worx designed the set of wings forming part of the costume and Juan Visser of Juan William Aria designed her farewell gown, he is also responsible for all her pageant gowns including her preliminary outfit and finale gown.

“These gowns are spectacular and today’s gown gives audiences a glimpse of what they can expect on the Miss Universe stage in January. It is gold with precious stones which represent South Africa’s mineral wealth and make Ndavi look like the South African queen that she is. However, it is also simple enough so that her beauty can shine through,” said Visser.