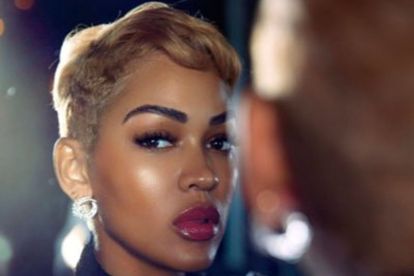 Meagan Good has fans seriously perplexed – how is it possible that she looks half her age?

The US actress trended on social media after she turned 40 years old over the weekend.

To celebrate her milestone, the star posted a stunning set of professional images on her Instagram account.

“This is 40”, she captioned one image which had her followers salivating.

Meagan Good – who has starred in hit flicks like You Got Served, Friday and Think Like A Man – has had a career which has spanned over two and a half decades.

But the star hasn’t aged one bit!

Another star who has just turned 40 is royal Meghan Markle who celebrated her birthday earlier this month with a low-key party.

Then there’s Kim Kardashian who rang in the big 4-0 last year with a trip to Tahiti and a fun birthday celebration organised by her sisters and televised on their hit show Keeping Up With The Kardashians.

MEAGAN GOOD: IS THIS THE SECRET TO HER YOUTHFULNESS?

There is no doubt that the rom-com star has discovered the fountain of youth, or at least has some pretty damn good genes.

Here are a few of Meagan Good’s notable beauty tips

Wearing minimal make-up. She told Essence magazine; “I don’t really wear makeup in my day-to-day life. I try to keep it simple and not overdo it”,

A tinted moisturiser instead of a foundation. “I’ve got to say: best decision I’ve made to combat the pre-aging and damage that foundation and some face make up can do,” she wrote in an Instagram post.

She brushes her teeth twice before bed. She told Self.com; “I use a basic Colgate toothbrush to brush my tongue, and brush my gums with Colgate Total toothpaste. And then I switch over to my Burst electronic toothbrush, and I’ll use the Crest 3D White Brilliance—the step-one and the step-two toothpaste—to really make sure that my teeth are polished and that all the food is out. Then I’ll floss, and then use mouthwash.