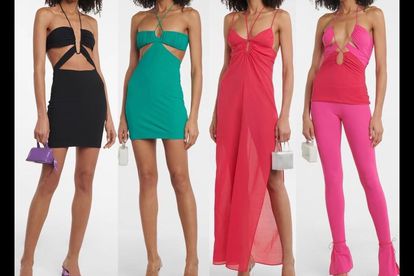 Vogue reports that the 10th edition of the LVMH Prize is now open for designers between 18 and 40 years old, with at least two collections in their name.

The LVMH Prize is a platform driven by a passion for creativity. launched in 2013 the funding rewards young fashion designers, selected for their talent and outstanding creativity.

South African designer Thebe Magugu who won the 2019 LVMH prize has become one of the leading voices in the fashion industry who got to speak with his design idols like Nicolas Ghesquière and Clare Waight Keller following his prize win and has recently partnered with Adidas to make a range of clothing.

According to Vogue, the LVHM prize has for the past 10 years championed designers from around the world by providing financial support as well as guidance from LVMH winners

The magnitude of the prize in the fashion industry was compared to an Academy Award by last year’s winner Stokey daily, after receiving his award from actress Cate Blanchet.

Winners such as Dailey have had their pieces worn by influential people in the creative industry such as Harry Styles and Emma Corrin, while other winners such as Nensi Dojaka made it on Vogues’ most viewed spring 2023 collections.

BE THE NEXT CHAMPION

The executive vice-president of Louis Vuitton and founder of the prize, Delphine Arnault, says that creativity blossoms following every tough moment.

“After every moment that is tough, pandemic, wars – there’s always a lot of creativity.”

She mentions the late Christian Dior who climaxed after World War Two days characterised by hard times and is certain that the next fashion megastar will grace the LVMH HQ at the right moment.

Designers can apply through the LVMH Prize website and the semifinalist will be revealed in February 2023. Applications will close on 23 January 2023.