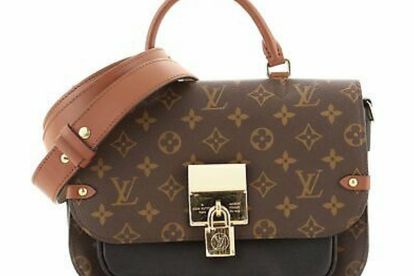 A Louis Vuitton store in China has been accused of selling a counterfeit product to a customer. Image via Twitter @WomenClothesSh1

A Louis Vuitton store in China has been accused of selling a counterfeit product to a customer. Image via Twitter @WomenClothesSh1

Louis Vuitton is one of the most popular fashion brands in the world. While fashion enthusiasts have mostly had good experiences with the brand, the luxury French brand got on one customer’s bad side…

According to YahooLife, Louis Vuitton came under fire after a customer claimed they were sold a counterfeit handbag from one of its boutiques in Changsha, China.

ALSO READ: Can’t make it, then fake it: ‘Own’ a top designer handbag…for a day!

As per YahooLife, A customer visited the Louis Vuitton store at a mall in Changsha in September 2021 with the intention of buying a luxury handbag and an accessory.

Sadly, what they thought was a genuine AU$3 500 (R39 000) Louis Vuitton Vaugirard bag turned out to be a “fake”. The alleged counterfeit handbag was discovered by a third-party authenticator.

TAKE A LOOK A THE BAG HERE

The publication further notes that the customer approached a Chinese court for assistance after allegedly being sold the “fake” handbag.

Louis Vuitton denied selling the customer the counterfeit product and offered to provide security footage of the sale.

The Chinese court ordered the luxury fashion brand to return the customer’s money and pay them three times the amount (R117 000) they spent on the handbag.

The possession, manufacturing, selling, hiring, exchanging or importing of counterfeit goods are illegal.

If found selling or purchasing counterfeit goods, first-time offenders could face a fine of R5 000 or three years imprisonment depending on the circumstances.

Repeat offenders face a fine of R10 000 or imprisonment for a maximum of five years.