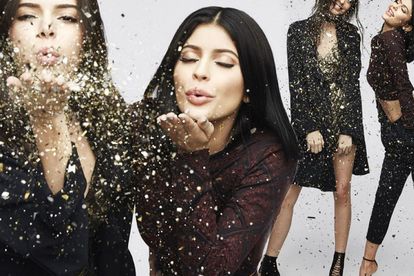 Kendall and Kylie Jenner, who hail from the reality TV dynasty Keeping Up with the Kardashians, have been successfully collaborating on their own lifestyle and clothing brand, KENDALL + KYLIE, for several years now. Good news for local fans of the famous sisters’ sense of style and fashion, is that their apparel collection will finally be on sale in South Africa.

Supermodel Kendall Jenner and her sister, multimillionaire businesswoman Kylie Jenner, launched their global lifestyle brand in 2012, followed by their “stylish, trendy and confident” ready-to-wear collection in 2016.

“By designing for their own lifestyle and tastes and identifying with the woman they inspire, the KENDALL+ KYLIE brand serves an ambitious audience of taste makers who appreciate authentic style and who have influence among their immediate peers and social groups. The KENDALL + KYLIE audiences are social media followers and savvy web users who closely follow fashion trends every season,” reads a statement from the brand.

The popular style icons have a huge following on social media with more than 350 million fans lapping up their glitzy lifestyle.

According to News24, the collection, which includes day wear, comfortable activewear, occasion wear, colourful swimwear and underwear, will be available at Edgars stores.

“A global brand that we now proudly offer to fashion lovers in South Africa.”

The sisters’ collection is exclusively available at selected Edgars stores, as well as online at kendallandkylie.co.za. Take a look…

Elated fans aside… Not everyone are impressed by the sisters’ collection heading to South African stores.

Twitter users took to the app to give their verdict, with many describing it as dated.

“Kendall + Kylie launching in Edgars only now feels very 2016. And this is exactly their problem.”

“These prices. And these items? lol. If you’re a stan you’d know this is ridiculous.”

Would YOU fork out R1 299 for a yellow one-piece swimsuit or R849. for a basic white sweat top, with branding on the sleeves? But then again, rapper Cassper Nyovest is also not holding back when it comes to his new Root of Fame capsule collection with a two-piece tracksuit going for an eyewatering R2499!