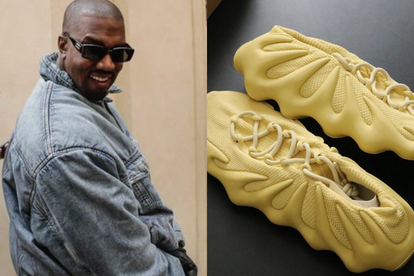 American rapper Kanye West’s fashion sense has developed into something quite unique over the years. While many love his laid-back approach to fashion and hobo chic style, not everyone understands where he is trying to take things. They are particularly uncertain of his latest shoe design – the Yeezy Sulfur 450s which typically set a buyer back R3300 here in South Africa.

Responding to a question about the shoes, many social media users found that it looked more like foodstuff than anything else.

Not everyone can rock a Yeezy design and get away with it.

Despite how bizarre most of Kanye West’s fashion pieces are – many of them have shot into popularity over the last few years.

One shoe that has left many social media users scratching their heads, however, is Kanye’s Yeezy Sulfurs which debuted in May this year as part of the rapper’s long-standing collaboration with Adidas.

Earlier this week, the shoes received a thorough roasting from British pastry brand Greggs who compared them to sausage rolls.

They also joked that the shoes look awfully familiar.

Judging by the comments, not many people would be willing to fork out over R3k to get their hands on a pair. A lot people even remarked that Kanye was never stylish to begin with.

“These are genuinely the worst footwear I have ever seen. You’ve released some horrid stuff but this takes the biscuit.”

“I don’t know who thinks Ye has any fashion sense…”