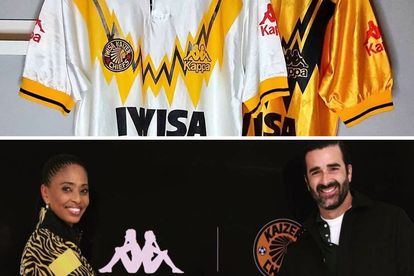 Like their favourite players, fashion is just as important to football fans. Which is why Kaizer Chiefs fans have shared their disappointment – and even annoyance – that the team has dumped sports brand kit sponsors Nike in favour of Kappa.

The new Italian sponsors – announced on Thursday 24 November – will be the brand behind the team’s new kit when the new season kicks off in June 2023.

But Kaizer Chiefs fans are hailing the move to the lesser-known sports label as a “downgrade”. They’re even going as far as to call Kappa designs “ugly” and “cheap looking”.

In a move that caught Kaizer Chiefs fans by surprise, the premier league team announced that they had signed a five-year contract with Kappa, which would come into effect in 2023.

Sadly, the team will end its relationship with US brand Nike after 23 years, which kicked off in 2000.

Kaizer Chiefs marketing director Jessica Motaung said in a statement: “We are excited to team up with Kappa once again, a brand with which Kaizer Chiefs set new records and established itself as trendsetters in African football in the early 1990s”

Kappa South Africa CEO Michael Joseph added that the brand was confident that it would restore the team’s glory days, as previously experienced.

He said: “We are thrilled to be once again partnering a club like Kaizer Chiefs whose passion and drive in all aspects matches that of our brand. Not only are they an ambitious club, with a strong identity and uniqueness of elegance and excellence, their fans are their priority.

“Kappa together with Kaizer Chiefs are going to reinstall the romance of the 1990s and deliver something extraordinary to these fans.”

But whilst Kaizer Chiefs and Kappa are hopeful that magic will be restored to the soccer team under their collaboration, fans are not so sure.

In fact, many expressed their outright disapproval

@Amu_J: “The sales are going to show you flames. We’re not going to buy Kappa”

@Amos93193242: “Chiefs to wear such ugly brand…why not Adidas or Puma? Kappa is out of fashion these days!”

@MS_Sharpeville: “Honestly speaking, there is no big club in the world sponsored by Kappa”

Others claimed the partnership indicated bigger problems for Kaizer Chiefs.

@Kabelo_Kay11: “This is an indication that this team has fallen. No real brands want to sponsor it anymore. Ntate Moatung, if you don’t take the necessary steps and invest in players, this team will go down. This is just the beginning”

@PFMSFC1: “Nike got tired of sponsoring a trophyless team and it makes sense”