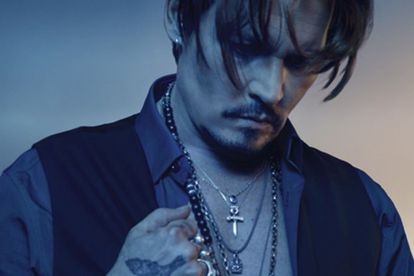 When Rihanna released Lift Me Up, her Black Panther: Wakanda Forever single last week, the world came to a standstill. Now this is another moment you’ve been waiting for! The Barbadian songstress and billionaire will release her highly anticipated Savage X Fenty Vol 4 fashion show on Wednesday 9 November on Amazon Prime Video. Will YOU be watching?

We all know Rihanna’s fashion shows are the ones we never forget. From the production to the clothes to the good-looking models of all shapes, and skin tones. Last season’s Emmy-nominated Savage X Fenty Vol 3 included 90s supermodel Cindy Crawford and Erykah Badu.

Now it’s the Pirates of the Caribbean star and face of Dior’s Sauvage fragrance’s turn to be part of the immersive experience which combines fashion, dance and music.

“We’re told JD won’t be walking the runway. Instead, he’s going to be a focus of one of the show’s ‘star’ moments which has included the likes of Cindy Crawford and Erykah Badu in the past. Depp, who will wear items from the men’s collection, will be the first male in Savage X Fenty show history to take the role,” according to TMZ.

When you’re the Queen of style like our bad girl Riri, you’re most likely to want to be a part of her fashion extravaganza, and celebs are no different.

With half of Hollywood being a part of the cast from It’s Plenty hitmaker, Burna Boy, Maxwell, and Empire star Taraji P Henson, among others are set to be part of the highly anticipated fashion show of the year.

“An homage to self-expression and empowerment, the newest Savage X Fenty collection will feature unexpected detailing, unique textures, and unconventional proportions in bra sizes ranging from 30 to 46 in bands and A to H in cups; as well as underwear, sleepwear and lounge-wear ranging from XS to 4XL,” according to Harper’s Bazaar Australia.