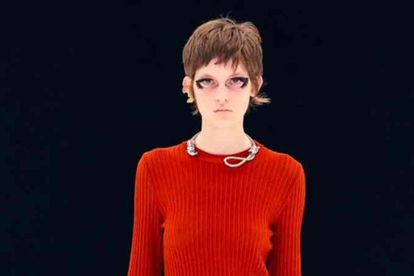 French fashion house Givenchy has come under fire after they recently debuted a brazen look at their Spring 2022 ready-to-wear collection show.

The luxury label showcased a piece of jewellery which resembled a noose – a rope or string used to hang oneself.

They captioned a picture of the controversial item: “You’d think the industry would’ve learned not to put things that resemble nooses around a model’s neck after the whole @Burberry noose hoodie debacle in 2019…

“This @givenchyofficial necklace that just came down the runway steers dangerously close to that same territory. Really makes you wonder how no one noticed, but alas… history repeats itself.”

And others agreed too..

“Givenchy noose necklace, what was the reason?” asked one tweep. Another added: “@Givenchy you didn’t learn from all the “mistakes” that happened in years past?”.

Back in 2019, Burberry came under attack after it debuted a hoodie with a noose around the neck at Paris Fashion Week.

Following a social media storm, the brand issued a formal apology for “causing distress”. Burberry boss Marco Gobbetti added: “It was insensitive and we made a mistake.”

Givenchy and Burberry are not the first international fashion houses to commit an epic fail, and probably won’t be the last either.

Back in June, Louis Vuitton and Fendi came under fire after they were accused of misappropriating a keffiyeh, a scarf traditionally worn by Palestinians.

And celebs themselves are not immune to backlash either. Kanye West irked his following and the entire Muslim community at large after he named a pair of Yeezys after an Islamic angel.