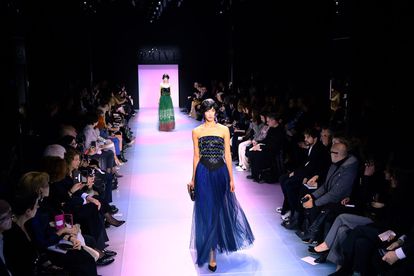 The 86-year-old fashion designer’s annual runway showcase at his headquarters on Via Borgonuovo in Milan takes place on 26 January, but due to the rising number of coronavirus cases in Italy, the event will be live-streamed with no crowd.

Armani Privé to be live-streamed on social media

Armani said in a statement: “Due to the ongoing emergency, it will not be possible to hold the event as previously announced. With regret, Giorgio Armani announces that, contrary to his wishes, the next Giorgio Armani Privé show will take place behind closed doors, in Milan, without an audience.”

The show will be available to watch on the fashion house’s social media channels from 19:00 CET (18:00 GMT) as part of Paris Couture Week from 25 to 28 January.

Armani previously revealed the upcoming collection will be a season-less line that features pieces suitable for winter as well as lighter items for summer.

He said: “The activity of the ateliers has not ceased in recent months: the demand for new and special clothes from customers continues.”

Meanwhile, Armani has implored celebrities to re-wear the same outfits.

While giving an update on the changes his eponymous brand is making to ensure they are sustainable, he said:

“And in the circularity of thought, with a view to doing less and better, I also involve celebrities and red-carpet events: No more creations worn only once, with an enormous waste of skills and resources. I welcome the clothes that are worn many times, and a new conscience.

“Just as it happened a few evenings ago for the opening night of La Scala in Milan, when numerous artists performed in clothes that were previously worn, but no less impressive.

“By means of all these coordinated actions, I think it is possible to re-establish value in the work of us designers, making it tangible and ethical, instead of merely frivolous, without ever relinquishing beauty,” the fashion stalwart said.