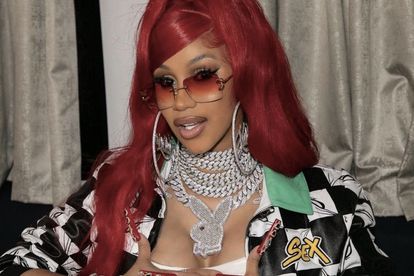 Cardi B gave Offset millions on his birthday. Image via Twitter @MeFeature

Cardi B gave Offset millions on his birthday. Image via Twitter @MeFeature

Cardi B has joined Playboy as the company’s first-ever creative director in residence.

The WAP hitmaker – whose role will involve providing “artistic direction” across the iconic brand – will work on “co-branded fashion and sexual wellness merchandise collections, digital editorial, experiential activations and more.”

ALSO READ: ‘Be my hero, girl’: Joe Exotic calls on Cardi B to get him out of prison

In a statement, she said:

“It’s a dream come true to officially join the Playboy family. I can’t believe this is real. For as long as I can remember, I’ve felt connected to Playboy. It’s truly the original platform for uncensored creativity and I’m inspired by its incredible legacy of fighting for personal freedoms. I have so many ideas already – I can’t wait!”

CARDI B HELPING PLAYBOY WITH ‘CENTERFOLD’

“Creators today deserve to express themselves freely and unfiltered. They deserve to feel safe in their creativity and sexuality. And they deserve to own their future. This is what CENTERFOLD is all about. For all those creators out there doing bold, revolutionary, truly culture-shifting things, come join me,” she said.

CENTERFOLD is reportedly expected to launch this month, and it will serve as Playboy’s social content platform to offer creators tools to directly interact with fans.

“Cardi will provide artistic direction across co-branded fashion and sexual wellness merchandise collections, digital editorial, experiential activations and more. In addition, Cardi B will serve as the Founding Creative Director and a founding member of Playboy’s upcoming creator-led platform, CENTERFOLD.”

“Introducing the FIRST EVER Creative Director In Residence at the legendary @playboy, it’s ME!!! Joining the @playboy family is a dream and I know y’all are going to love what we put together. I’m startin this party right as the Founding Creative Director and a founding member of CENTERFOLD the new creator-led platform from Playboy coming soon!! We’re going to have soooooo much fun.”