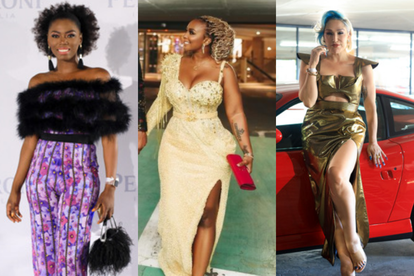 Colourful with a touch of glamour was the theme of the evening at this year’s SA Style Awards judges dinner. As expected, all of the guests at the star-studded event stuck to the memo and showed up one by one – and sometimes in pairs – looking as opulent as ever.

The mission? To unite and decide who deserves to be honoured for their contribution to the world of fashion.

Zebra Square Gallery in Hyde Park Corner on Sunday 21 November was certainly the place to be. There, the judges for the South African Style Awards 2022 came together to decide who will be walking away as the 2022 Style Award recipients.

Taking things up a notch, guests such as Boity, Anton Jafta and Kim Jayde, were ushered to the Southern Sun Hyde Park Hotel pool where they had a lovely view of the bustling Johannesburg North streets.

With music in the air, filled bellies and drinks galore, the judges were tasked with choosing their favourites from the following categories:

But who are the judges?

Before we list the judges, we should note that the SA Style Awards has changed the way individuals are voted for. While they used to have a discussion among the judges, this time around they decided to have a secret ballot.

This is something one of the judges says, will help cool the tension that normally accompanies the mission towards choosing the winners.

Without further a due, these celebrities, fashionistas and media gurus make up the list of people who nominated the individuals they feel are “changing the shape and shade of the future”:

When do we uncover the winners?

The official awards ceremony will be taking place in February 2022 on a date yet to be confirmed. It will undoubtedly be a stylish event that many stylish South Africans are hoping to be a part of.