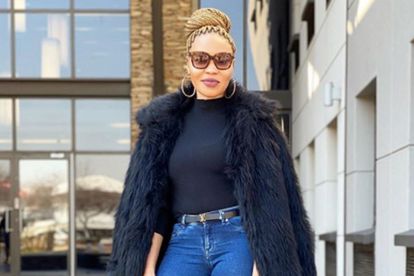 Norma Mngoma has launched a collection of suits
Image via Instagram
@norma.mngoma

Norma Mngoma has launched a collection of suits
Image via Instagram
@norma.mngoma

The IT guru and businesswoman, who was accused of malicious damage to property and crimen injuria last year, this week gave fans a look at the collection of corporate suits called “Suitably Norma”.

NORMA MNGOMA: FEEL GOOD ON THE INSIDE AND OUTSIDE

Norma Nngoma — who testified at the Zondo Commission about Malusi Gigaba’s alleged state capture dealings with the Guptas — claims the line is “suitable for women of all shapes and sizes”.

She wrote on Instagram: “My passion is to see every woman looking good and feel confident about herself.

“Every woman deserves to feel good about herself, which is why we are bringing together expertise and experience to elevate your style game. With SuitablyNorma you can feel good on the inside as well as the outside.

BOSS MOVES FOR A BOSS LADY

Norma Mngoma has worked hard at reinventing herself since her split from Malusi Gigaba, with whom she shares two young sons.

She reverted to her maiden surname ‘Mngoma’, appeared as a keynote speaker at various business conferences and awards ceremonies – particularly those honouring females – and even launched her own charity; the Norma Mngoma Foundation, aimed at women and child upliftment.

From being hailed a “trophy wife”, Norma claims she now sees herself as an “independent woman”.

“I am free and I’m independent” she told News24 of her new identity.

The 46-year-old also told Sunday World that she was considering temporarily relocating to New York in the near future.

Looking forward to the big day and relocating to New York … there is more to life and bigger things,” she said.