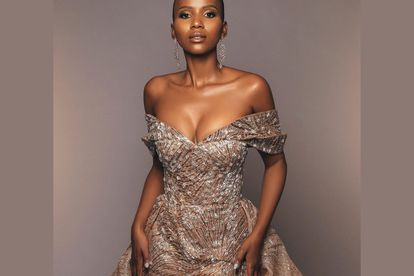 Miss South Africa 2020 Shudu Musida may have only made it to the top 40 at the Miss World pageant held at San Juan, Puerto Rico on 17 March but she is still returning home a winner.

Former Miss South Africa Shudufhadzo Musida, affectionately known as Shudu made the top predictions list for the Miss World pageant. However, the South African beauty only made it to the top 40 and when the top 13 were announced she had not made the cut.

This comes after Shudu flew to San Juan, Puerto Rico, for the second time this week for the pageant. This was because the pageant was postponed in December 2021.

“After meeting with the virologists and medical experts hired to oversee the Miss World 2021 event and discussing with the Puerto Rico Health Department, the decision has been made by the organisers of the event to postpone the globally broadcast finale at the Puerto RicoColiseum Jose Miguel Agrelot to be held within the next 90 days,” read the statement from the Miss World organisation.

Shudu may not have made the top 13 but she is certainly still a winner. She won the Beauty with a Purpose award for her Mindful Mondays project before the competition was postponed. The project was honoured alongside campaigns from India, England, Kenya, the Philippines and USA.

Karolina Bielawska, from Poland was crowned Miss World by the longest reigning title holder by Miss World 2019 Toni-Ann Singh of Jamaica.  Shree Saini from the US was crowned the first runner-up and Olivia Yace from Cote d’Ivoire the second runner-up. Take a look…

Who were the top 13 contestants?

ALSO READ: Who is Harnaaz Sandhu? Five things to know about Miss Universe 2021